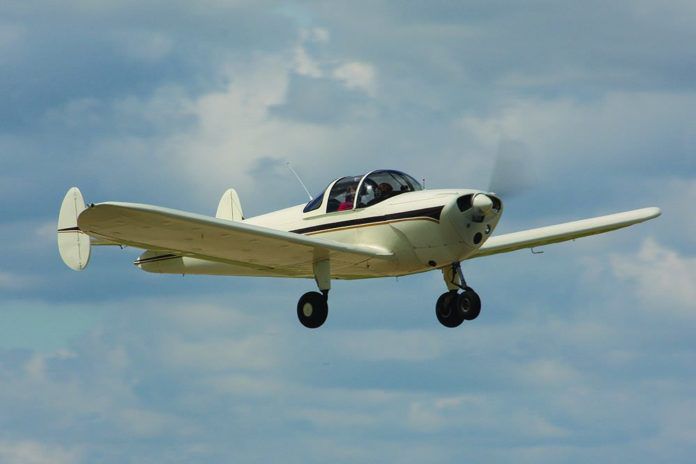 If one spends enough time flying personal airplanes, what once was new and novel eventually becomes normal. Preflight inspection tasks like wiggling control surfaces, sampling fuel and checking the engine meet this test. In addition to verifying the paperwork, checking weather and TFRs, and a general walk-around, these tasks are the ones we (should) perform before each flight.

But familiarity breeds contempt, and I’d be willing to bet someone out there has a bell curve demonstrating the effectiveness of a preflight inspection peaks around the time we earn our private certificate. When we’re still a student, part of the curriculum includes how to conduct a preflight inspection, what to examine and how. After that, we’re on our own for the most part, and often abbreviate our preflight inspection of aircraft with which we’re familiar. It’s not the smartest thing, but we do it anyway

I don’t think there’s any question owning an aircraft and flying it exclusively actually can increase one’s overall risk. Familiarity breeds avoidance—”It was fine when I parked it!”—one reason avoiding complacency is a real challenge to conducting a preflight inspection. Another one is allowing the mission’s relative importance to influence your thinking.

This month’s accident easily could have resulted from perhaps the most insidious preflight challenges: interruptions. Being interrupted in the middle of, say, refueling or checking the engine oil can have severe consequences. The trick for me always has been to start over after the interruption is resolved. If this means leaving passengers in the FBO lobby until I’m ready, or missing a clearance void time, so be it. If it means answers to a passenger’s questions must be postponed, that’s okay, too. Interruptions during a preflight inspection are insidious because they allow us to consider a task complete when it isn’t.

We’ll never know if an interruption during the preflight inspection helped cause this month’s accident, but it’s as good an explanation as any.

On January 20, 2014, at about 1540 Pacific time, an Ercoupe 415-C collided with trees and came to rest in a clearing near Poulsbo, Wash., following loss of engine power. The local flight had been airborne about an hour before the power loss. In the ensuing off-airport landing, the airplane sustained substantial damage to the forward fuselage and both wings. Visual conditions prevailed.

The 70-year-old pilot and Ercoupe owner called 911 at about 1545. Emergency personnel responded to the accident site and located the pilot, who was seated outside and adjacent to the airplane. He could not recall the accident.

The pilot held a flight instructor certificate with ratings for airplane single-engine land, and instrument airplane. No personal flight records were located for the pilot. At his last medical certificate application, he reported a total flight experience of 1837 hours with 28 logged in the preceding six months.

The airplane came to rest inverted; its belly was coated in oil from the louvered lower lip of the engine cowling back to the tailcone. The pilot could not observe the oil coating in flight. Examination revealed the combination engine oil filler cap/dipstick was not installed in the filler neck. The cap was subsequently located loose within the engine compartment, apparently undamaged, with its gasket and locking tabs in place.

The engine was examined and disassembled. The mechanic reported the engine had completely seized, and exhibited damage consistent with oil exhaustion. He found fragments of metallic components in the crankcase, and reported that the camshaft, along with the connecting rod for cylinder No.1, had failed.

A portable GPS navigator carried aboard the Ercoupe retained data for the entire flight leading to the accident. The data revealed the pilot performed a touch-and-go landing to an outlying airport at 1521, and on climbout initiated a left turn to the south toward the accident site. At 1538, the airplane began descending from 1759 feet, reaching 876 feet about 80 seconds later. Over the next 30 seconds, the airplane made a descending 180-degree left turn to the last recorded position, at an elevation of 374 feet. The wreckage was located just north of the last recorded position.

The pilot first obtained an FAA medical certificate in 1964. In August 2010, when he applied for a routine renewal, an aviation medical examiner noted a low blood platelet count attributed to myelodysplastic syndrome and deferred the certification decision to the FAA. In October 2010, the FAA denied the pilot’s medical certificate application because of his myelodysplastic syndrome and low platelet count.

Following the accident, the pilot was hospitalized and diagnosed with pulmonary contusions and multiple rib fractures. He quickly developed worsening shortness of breath and was placed on a ventilator. The pilot died 16 days after the accident due to complications from his injuries.

The NTSB determined the probable cause(s) of this accident to include: “The pilot’s failure to confirm that the engine oil filler cap was secured before flight, which resulted in oil exhaustion and a subsequent total loss of engine power during cruise flight.” According to the NTSB, “Although no evidence was found indicating that his medical condition was casual to the accident, it likely contributed to the pilot’s death because it hindered his recovery from otherwise non-life-threatening injuries.”

Also according to the NTSB, “The oil filler neck and cap were intact and undamaged. Due to the engine’s design, the oil filler cap was located at a low point on the engine; therefore, failure to secure the cap would have resulted in a rapid expulsion of engine oil and a subsequent engine seizure.”

The accident pilot had checked an engine’s oil dipstick hundreds of times during his flying career, to the point it became mundane. Do something multiple times and eventually it becomes an unremarkable task, perhaps one we don’t really remember performing. Or, perhaps we’ve done it so many times, the memory is so vivid that we’re positive we replaced the dipstick before securing the engine and cowling. Maybe he was adding a quart when someone walked up to chat. An interruption to the otherwise mundane task of checking the engine’s oil usually isn’t fatal. This time, thanks to the pilot’s medical condition, it was.