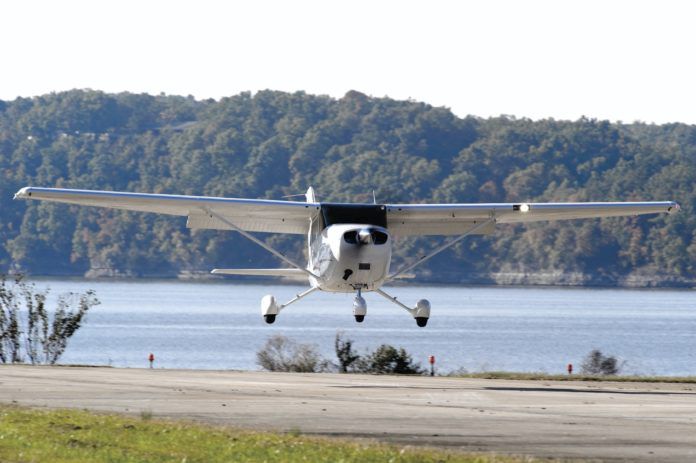 Milestones are something we often observe to bring back good memories or special occasions, like birthdays and anniversaries. We may also use them as an occasion to reflect on our successes and failures, and to measure our life progress. Few other activities as aviation count ratings obtained, hours flown, accident-free operation and other parameters as a way of both establishing experience and capability levels while recalling memories.

I’ve previously written here about the 50th anniversary of my first solo (“On Getting to 50,” September 2016) how, at first, I had no formal risk management training. A conservative approach to flight operations has served me well, and combined with planning, caution, flexibility, technology and discipline, are the key traits enabling me to operate accident-, incident- and violation-free all that time. I recently passed two more milestones: the 10,000-hour mark, and 70 years on the planet. While it’s tempting to look back one more time, it seems more productive to look forward from here.

WHAT DOES FLIGHT TIME MEAN?

After I logged my 10,000th hour—flying an Ikarus C42 in Kazanlak, Bulgaria, last September. I reflected over dinner on “what it all means” and decided the answer is likely to be different for every pilot, depending on a variety of variables. Most of aviation, students hanging out in the lounge, to the airlines and the FAA, measures pilot qualification and experience by the number of flight hours accumulated. Is this the best way to measure our experience, skill and knowledge?

I spent my first 15 flying years picking up 3000 or so hours flight instructing, flying charter and checks, and getting ratings along with personal and business transportation. Over the last 40 years, my flying has been almost exclusively for business transportation. About 7000 of those 10,000 hours were accumulated in just five individual airplanes. Along the way I earned four jet type ratings.

Given my history, what does all that flying mean in terms of lessons based on experience?

First and foremost, I learned that flying for transportation is overwhelmingly a “head game” and not a tactile experience. Of the 6000 or so hours I flew in two Mooneys and two Bonanzas, the overwhelming percentage was spent on autopilot during cruise and occasionally on approach. When I flew three-to-five-hour trips, attended a meeting and then flew another three hours the same day to the next appointment, managing fatigue was paramount and that is the biggest benefit of an autopilot.

Even though I use the autopilot routinely, I have always tried to maintain hand-flying proficiency. I schedule specific proficiency flights for this purpose. Also, when IMC prevails, I try to alternate between autopilot and hand-flying, both during part of the cruise segment and on approach.

There has been considerable discussion lately about the perils of flight-deck automation and decline in stick-and-rudder skills, along with new hires’ reduced experience in the airline world. The thing is automation levels will only increase, with artificial intelligence (AI) capability increasingly built into new aircraft and avionics. Also, no one can ignore the implications of Garmin’s Autoland capability. While the system’s panic button is only to be used in the event of single-pilot incapacitation or similar emergency, it’s clear the technology for completely automatic flight, takeoff to touchdown, is near at hand.

Regarding new airline pilots, I would point to the successful ab initio programs operated for decades by airlines such as Lufthansa. These programs have been successful and most of these airlines have achieved an excellent safety record. I can imagine that soon, pilots of new aircraft with AI capability will require far less conventional experience than current crew member training programs do.

Just as with any pilot, my experiences haven’t always been sweetness and light. There were many “hard” flights along the way. I’ve found that identifying, assessing, and mitigating risks were the most important factors in operating safely and reliably. This should come as no surprise to readers of my previous articles. Using my aircraft’s automation to maintain situational awareness was crucial. Flying single-pilot IFR in busy terminal airspace requires effective task and workload management.

The skills I’ve highlighted—risk management, automation management, task and workload management, and situational awareness—are collectively known as single-pilot resource management (SRM). In the final analysis, it was SRM, not stick and rudder skills, that made the difference in my flying. For more on SRM, and highlights from the National Business Aviation Association’s (NBAA) Risk Management Guide For Single-Pilot Light Business Aircraft, see the sidebar on the following page.

My 10,000-hour milestone is mostly about what has already happened. My other milestone, turning 70, is mostly about the future. I need not dwell on the depressing demographics of general aviation, but many more of us will reach this age in the pilot community in coming decades. The average age of private pilots has increased from 40.5 in 1990 to 49.0 in 2018.

I am part of the rapidly aging general aviation pilot population. Like many of you, I’m wondering what advancing age will do to my flying activity. For me, it’s largely a binary decision: I will either stop flying because my need for an airplane to travel will end or advancing age will end my ability to pilot an airplane.

I don’t want to be alarmist here, especially to myself. I’m in good health and if I want to keep traveling by small airplane, why not continue? After all, there have been instances of 100-year-old pilots flying Bonanzas and similar airplanes solo. In fact, as my business travel will inevitably decline, I have been promising myself that there is more personal travel in store for my current Mooney.

So how does one know when it’s time to quit being pilot-in-command? In the final analysis, you will be able to detect physical impediments to further flying more easily than mental or cognitive impediments. The subtle deterioration in cognition and mental abilities might manifest itself in several ways, such as missed ATC clearances, forgetting to perform routine standard procedures and loss of situational awareness.

So, what steps can you take to mitigate the effects of aging and keep flying as long as possible? First, I certainly recommend that you read the AOPA-ASI pilot aging study discussed in the sidebar on the previous page. It has numerous recommendations dealing with issues such as vision, hearing, strength, flexibility, endurance, memory, decision-making, proficiency and other areas of concern.

Beyond that useful background, you might want to focus on enhancing your SRM skills and proficiency. Your ability to manage the risks, the automation, the tasks and workload, while maintaining situational awareness (SA) will be crucial in compensating for any natural changes in cognition that will occur as you age.

Let’s look briefly at each element of SRM to see how you might use these skills to aid your cognitive abilities and extend your flying career.

• Risk Management: This might be your most effective SRM skill. The way you manage risk does not change as you age, but new risks may emerge. We can identify them by using our familiar PAVE acronym (Pilot, Aircraft, enVironment and External pressures).

If your type of flying and choice of aircraft does not change, your aircraft, environment and external pressure risks may not change much. Your pilot-related risks, however, may begin to change as you age. Pilot-related risks consist of two elements. One relates to qualification, currency and proficiency issues. The other element relates to aeromedical issues. Aging pilots may face increased risks in both elements.

As an aging pilot, you probably have obtained all the qualifications, such as certificates and ratings, that you need to fly. However, this isn’t always the case. Your career success may enable you to, say, jump from a single-engine piston to a single-engine turbine aircraft. Single-pilot operation of complex high-performance aircraft is a big leap, regardless of age and, once you are qualified, minimum legal currency is probably not enough flying to maintain real proficiency, especially as you age.

The aeromedical pilot-related risks are just as important, and probably more applicable as you age. Here, the acronym IMSAFE is a helpful acronym (Illness, Medication, Stress, Alcohol, Fatigue and Emotion). For aging pilots, the most likely aeromedical risks that increase as you age involve medication and fatigue, so you should look for ways to identify, assess and mitigate these increased risks. For example, know the side effects of your meds. As another example, to reduce fatigue consider flying shorter legs and using oxygen at lower altitudes than those recommended.

• Automation management: As I discussed earlier, I consider automation my friend, especially in reducing fatigue. However, automation can also be a risk if you don’t remain proficient in its use, recognize its pitfalls and failure modes, or fail to maintain hand flying proficiency. If you are an aging pilot and, like me, are worried about short-term memory loss, you should use critical modes of your autopilot and other automation on every flight. I use my automation on a portion of every flight in order to remain proficient in its use.

• Task and workload management: It’s possible for any of us to struggle to stay ahead of the airplane occasionally, and this becomes more likely as we age. To avoid this, you should follow established procedures and checklists and be proactive in managing workload by phase of flight. This could include always preparing for the next phase of flight. For example, when in cruise flight, you could start running the descent checklist, obtaining destination weather and reviewing the approach well before reaching the top-of-descent point.

• Maintaining situational awareness (SA): Good SA is a fundamental SRM skill, enabling you to perceive threats and stay in command of your flight. It has become easier to maintain good SA with the advent of newer cockpit technology, such as Nexrad weather radar. However, good SA demands that you make full use of all your senses. It also requires that you assess all the information available from these sources and be able to infer what this information means in terms of its effect on your flight.

In the final analysis, the number of hours you have obtained, or the years of experience accumulated, are less important than your ability on a given day to exercise good SRM. Remember that it’s the next hour that counts the most, not the 10,000 that preceded it.