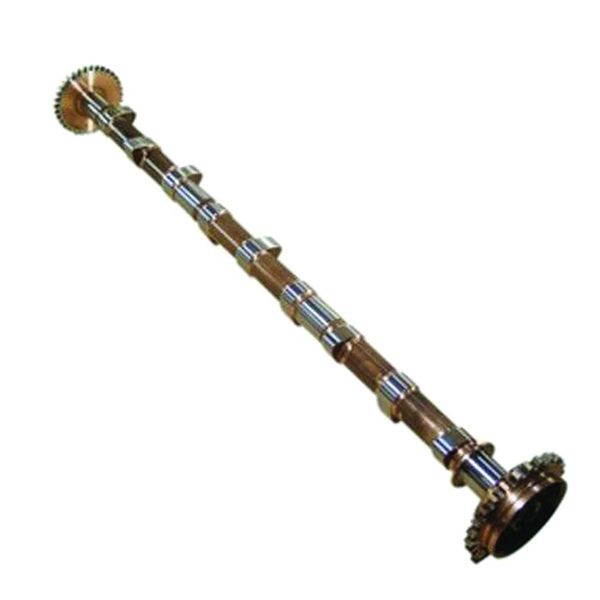 At 682 hours SMOH, camshaft was replaced by different facility. Now, 142 hours later, engine received due to metal contamination from camshaft failure. Failed part was a regrind of a Superior SL16511 camshaft, date code 2004.

Oil analysis showed persistently high iron levels but cause was undetermined. (Aircraft is flown 200 hours/year; the high iron levels did not result from disuse.) A technician determined the iron is from faulty valve lifters, part of a new camshaft kit installed at the previous overhaul. The valve lifters are making metal in the engine by causing improper wear on the cams.

Found excessive ferrous metal in oil filter during normal maintenance. Upon inspection, found five of six cam lobes spalled. This is the second worn camshaft in this engine in three years.

After engine failure, inspection revealed the #3 exhaust valve pushrod tube housing was broken and its pushrod was bent. Compression check determined cylinders #2, #3, #4 and #5 had no compression. Inspected all cylinders with borescope, found no valve movement on all cylinders. Suspect broken camshaft.

Inspection of oil filter revealed small ferrous metal particles. #1 cylinder was removed. The #1 intake tappet was severely galled. On disassembly, all camshaft lobes were found to be worn and damaged to varying degrees and all but two tappet bodies were severely galled.