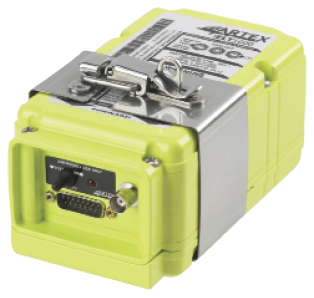 ATC advised crew the ELT may be inadvertently transmitting. Inspection revealed the ELT was filled with water, possibly due to a heavy rainstorm the previous day. The ELT was replaced and the aircraft returned to service.

During a routine ELT inspection IAW 14 CFR 91.207, the ELT’s G switch was found to be inoperative. This is a recurring problem with these beacons (AmeriKing AK4512).

While aircraft was in its hanger, the AmeriKing AK451 ELT activated, giving a false accident signal. The Coast Guard called the registered owner and the unit was turned off. Seventy percent of these units have failed in this way. Contacted FSDO about this.

The ELT (ACK E04) did not activate after the aircraft impacted the side of a mountain. The ELT did not appear to be damaged in the accident.

While testing the (AmeriKing AK450) ELT on its annual certification, the unit’s transmitting power initially was okay but within three minutes, transmitting power dropped well below specifications. The ELT was removed from service.

When installing ELT in the aircraft, the normal test functioned okay. However, when the ELT was armed, it showed an error code of three flashes. The ELT was removed and installed in another aircraft with the same result. A different ELT was installed and tested in the subject aircraft with no faults. The ACR ME406 ELT had just been repaired during its annual recertification.

When purchased new in 2013, the ELT’s case exterior appeared to be used or remanufactured. The unit (AmeriKing AK4512D) checked okay and was installed in aircraft. With approximately two years left on its battery life, the batteries were found dead during a functional check. After installing new batteries, the G switch was found inoperative. Manufacturer unable to work on unit due to FAA cease and desist order.