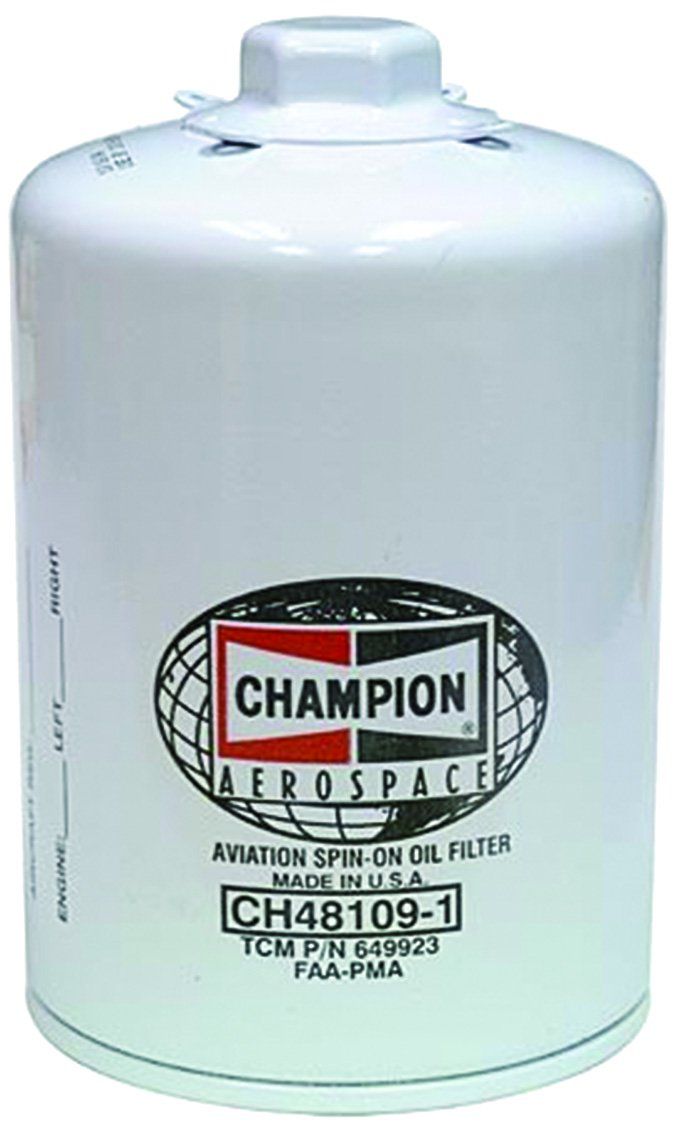 While trying to install a new engine oil filter, the filter would get partially tight then pop loose. Removed oil filter to find the center mounting stud had broken loose and displayed stripped threads where it is screwed into the oil filter.

Upon removal, found a two-inch-long piece of material in filter outlet, which appears to be the edge of a gasket. It could only have gotten there when the filter was manufactured. The material would have plugged small oil passages had it moved into the engine as it was on the downstream side of filter.

Installed new oil filter. Filter (p/n AA481102) turned out to be faulty and caused the engine to pump out all of its oil. Oil filter mounting stud was only threaded to a length of approximately inch.

During a scheduled inspection, the engine oil filters were removed, examined and cleaned. A cracked inner filter cone (p/n 3059257-01) was discovered on the left engine. The filter had 249.9 hours remaining before overhaul.

After startup and a short taxi, the pilot noticed the engine ran rough. After shutdown, oil was found leaking from the right cowling. Investigation revealed the oil filter can was separating from its base. This occurred after six cylinders were replaced. Run-ups had been satisfactory with no leaks noted. Reason filter (p/n AA48109 ) separated is unknown. The filter can is normal with no signs of bulging.

Pilot noted oil was visible along the entire length of the bottom of the fuselage after landing. Investigation revealed the vacuum pump cooling shroud assembly had loosened and rotated, coming in contact with the oil filter. The contact had produced a small abrasion where, with engine running and system pressurized, an approximate one-inch crack developed, allowing oil to escape the system.

The filter would not screw into the engine’s receptacle. Examination revealed several damaged threads on the mounting stud. The filter had come directly from a factory-fresh, sealed bag.