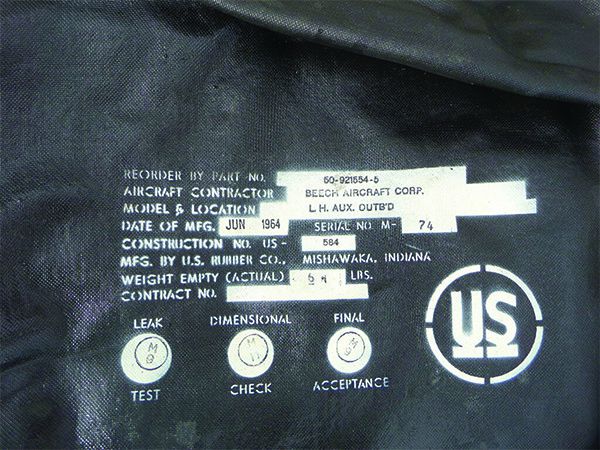 Fuel leak discovered in right wing wheel well. Replaced the right aft box and nacelle fuel bladders. This SDR is submitted due to a trend of numerous B300 fuel bladder leak reports. We believe the leaking bladders are from a bad batch from one manufacturer. Replacement bladders from a different manufacturer have been reliable.

During a scheduled inspection, the tech noticed a wet fuel stain under the right auxiliary fuel tank. When the tank was removed, it was found to be cracked around several of the aft spot weld locations on the tank’s lower aft surface.

A fuel cell seam failed while aircraft was parked on the ramp, emptying the contents suddenly. There were no prior indications of failure noted. There were no indications of improper installation or damage. The fuel followed the main spar into the belly of the aircraft, then out through drain holes, vents and seams in the skin.