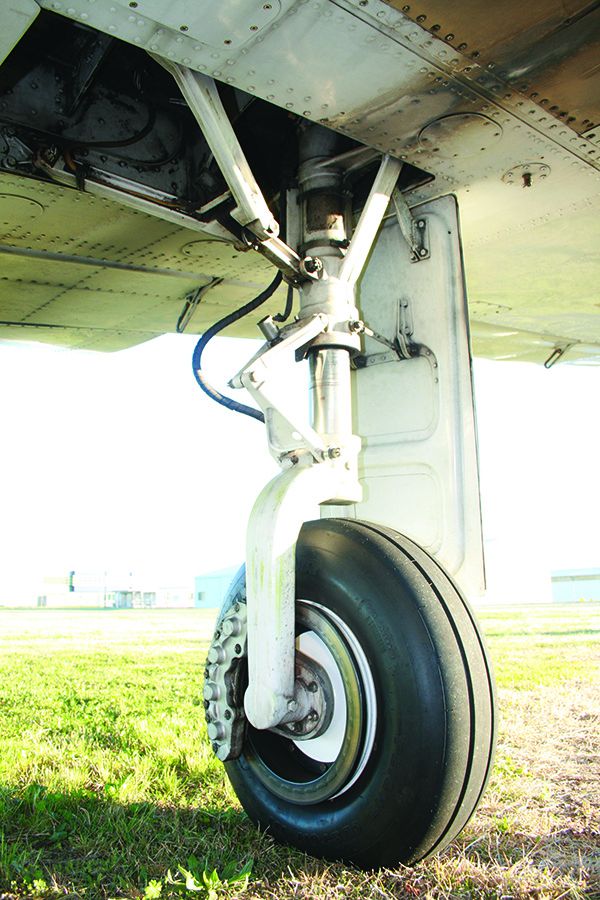 On liftoff, the green gear indicator light went off. The pilot tried to retract the gear, but nothing happened. He put the gear in the down position but did not get a safe indication. The ATCT confirmed the gear appeared to be down. He pumped the gear 2-3 times and finally got a green light, landing without further incident.

Cracks were discovered adjacent to a weld on the nose landing gear. Referencing service bulletin SB2X-32-22R1, this is a chronic problem discovered on a fleet of SR20 (T-53) aircraft operated by the USAF, with 22 out of 24 aircraft discovered with cracks.

Right landing gear rusted from inside out where forward support tube joins the axle. Found when spotted a rust line. Using punch and small hammer, discovered the complete area was corroded.

During routine inspection, the axle stub was found cracked 75 percent of the way around. Area involved was in the ear where the scissors attach at the lower end casting. Where scissors attach, both ears were cracked on the inside and extending across the width of the ear.

The right main landing gear broke into two pieces after a normal landing. There was no history of hard landings that might have stressed the gear, and the aircraft was not overweight. The main body of the trunnion broke approximately half way down the body, along with the oleo rod. There were no past log book discrepancies that would indicate any airworthiness issues with the landing gear.