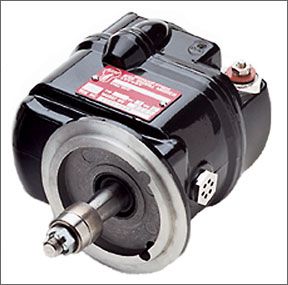 During the Cessna 172Ss first 100-hour inspection, a technician found both magnetos had slipped their timing approximately five degrees. The aircrafts magneto-to-engine timing was checked shortly after delivery, at 4.3 hours.

Orange putty on the magneto hold-down studs was noted. It appears the magnetos have drifted significantly to the advanced position in 93 hours. This has

been an ongoing issue with the engine and magneto manufacturers; SB2-08 does not address an advanced timing condition as in this case.

During a routine inspection, a technician found a cracked bulkhead. This bulkhead is an attach structure for the lower attach bracket for the inboard flap drive bellcrank (p/n n/a). The technician checked two other aircraft and found one of them with a similar crack.

The submitting technician notes the factory installed a reinforcing bracket in this position in the left wing, with factory-drilled pilot holes for a similar reinforcement on the affected right side. Since both left and right bellcranks experience similar loads, why reinforce only one side? The technician speculates the factory may have neglected to install a similar reinforcement on the right side.

A pilot reported the number one alternator failed during ground run-up prior to takeoff. The aircraft was brought in for troubleshooting. The alternator bearing end cap, part of the alternator case, was found completely cracked off and lying on the engine baffling.

During a routine inspection, a technician encountered difficulty removing the left main gear wheel assembly axle retaining nut. After deflating the tire, the wheel was easily removed but was found to be severely corroded. All but one wheel-half retaining bolt had failed. The wheel had last been disassembled 217 hours earlier.

A new wing-de-ice timer was obtained from the manufacturer. After installation, the deice boots inflated whenever aircraft power was applied. A second new timer displayed the same problem when it was installed. Troubleshooting revealed two wires coming out of the unit were switched during manufacturing and the boxes were operating opposite as is intended.