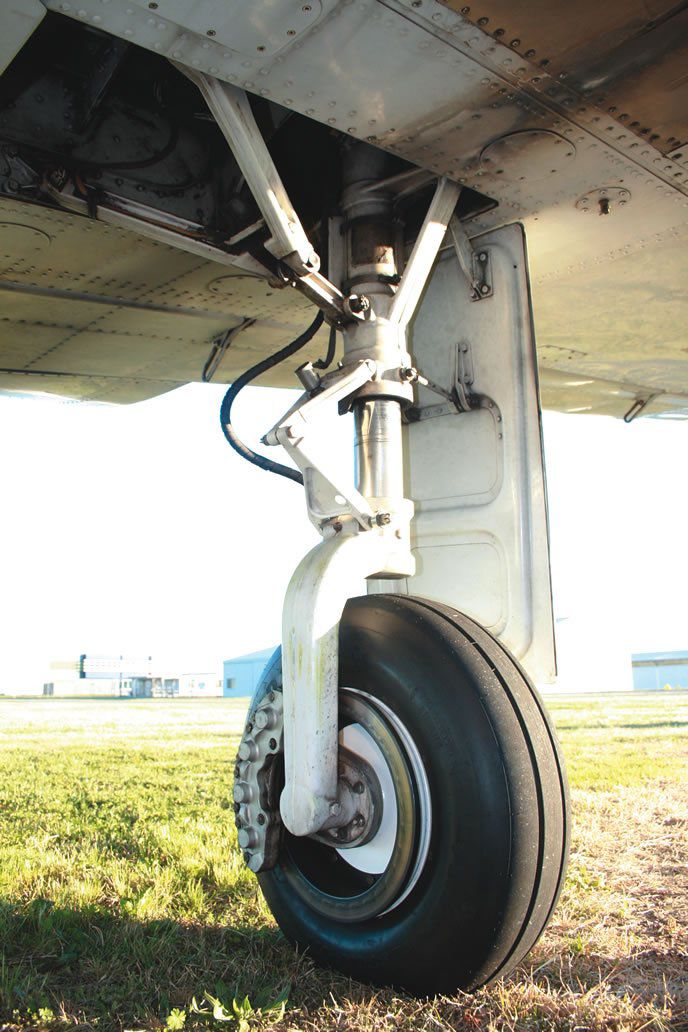 During routine inspection, the nose gear oleo strut was disassembled to replace O-rings. During disassembly, the technician found the inner strut tube at the top had damaged retaining pins, allowing the lower part of tube to be worked loose from the upper part. The only way to find this type of damage is to completely disassemble the nose strut.

Aircraft was flown for 45 hours on snow skis before the right shock strut broke during low-speed taxi. The right long shock strut broke halfway down the tube with no signs of previous cracking. Break occurred during compression of the shock strut by high side loads from heavy snow and ice.

After landing, the upper link attach point failed on the main landing gear strut cylinder, p/n 65319-002. This failure caused the oleo strut to be ejected from the cylinder causing major damage to aircraft. SB 1311 addresses this.

The left main strut failed during the takeoff roll, resulting in the gear collapsing. On inspection, there appeared to be a pre-existing crack, starting from the bolt hole that attaches the strut to the wheel housing. It should be noted this aircraft is used for flight training and probably has experienced hard landings on many occasions.