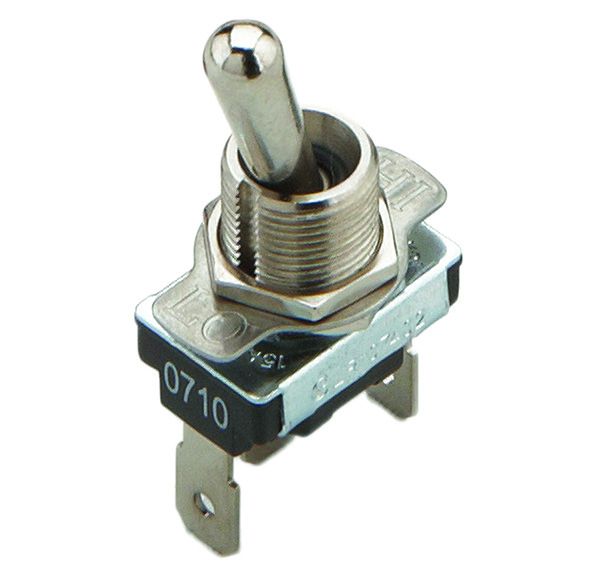 Nose Gear Switch Out Of Adjustment

Landing light switch was stuck in “on” position. Switch replaced. Suspect internal arcing and welding of contacts. The overheating caused by the arcing can cause the switch body to melt, but did not in this case. No signs of heat damage of external switch surface were found.

During initial climb, the captain smelled burning rubber and saw smoke coming from the left circuit breaker panel. The aircraft landed safely. The left landing light switch could not be switched to the off position but no CB was popped. The switch (p/n MS25306222) was replaced with a serviceable unit and checked okay.

Upon landing, pilot noticed smoke in the cabin. Inspection determined the blower switch for the cabin heat system had a burned terminal. Replaced the defective switch and ring terminal.