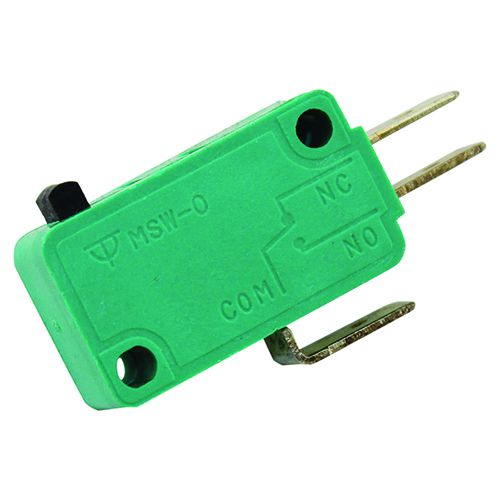 Wing flaps were not extending from approach position to the full-down position. Found one set of contacts inside of limit switch to be intermittently open. Replaced switch and adjusted flap 14-degree and 16-degree limit switches rigging as required.

While taxiing for departure, an odor was noticed by the crew, who returned the airplane to the ramp. Examination revealed visible signs of smoke but no further issue. Determined that power was still being applied to the flap motor with flaps fully retracted. Traced to defective flap up-limit switch (p/n MS252531). Switch and flap motor were replaced.

On approach with flaps selected to approach position, the indicator showed no movement. Visual check confirmed wing flaps were still in the retracted position. Crew followed the no flap/unknown position checklist for an uneventful landing. Replaced a faulty flap up-limit switch. Flap operational checks were good. Aircraft was returned to service.

After selecting gear up during initial climb, the nose gear “down” light remained illuminated. Crew performed manual extension and landed without incident. Maintenance found the nose landing gear down-limit switch contaminated with ice. Switch replaced and aircraft returned to service. All other landing gear switches in fleet were cleaned and lubricated as a precautionary measure.

Switch Out Of Adjustment

On takeoff, the gear warning light illuminated with full power, flaps up; the right main gear position light was inoperative. Inspected right main landing gear for condition, security and operation, with no defects noted. Adjusted down-limit switch, then performed gear retraction and extension, and free-fall tests. All were satisfactory.

Inspection revealed a bent nose gear down limit switch tab. When the hydraulic cylinder locked, the nose gear down tab would spring out of position and sit on top of the strike block. During free-fall, it would stay in its place and function properly. This was simulated on the ground several times. Once the new switch was installed and adjusted, the system no longer failed.