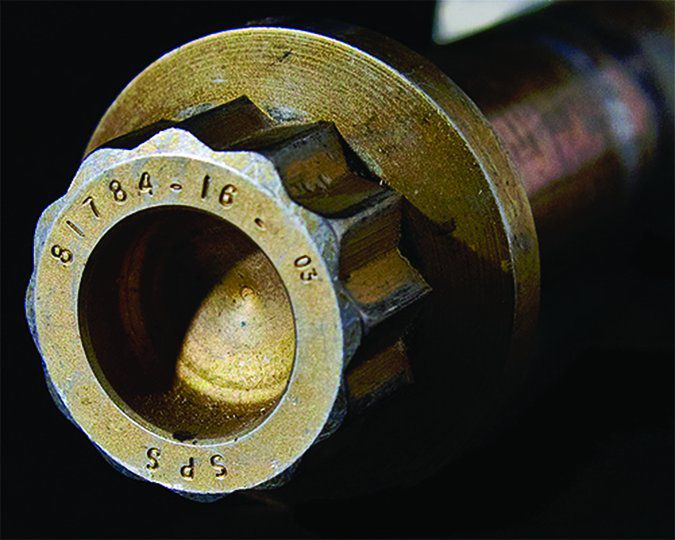 During a scheduled wing bolt inspection, the left lower aft bathtub fitting was found to have chafe marks from contact with the clip on the wing fitting cover. One mark extended into the fitting radius. The manufacturer was consulted and provided a field repair to remove the damage.

It appears required torque could be met, even though nuts were not fully engaged or correctly torqued to begin with, due to downward pressure exerted on wing.

Fresh fuel was installed in each tank and the fuel caps were replaced with new units. A flight was made without incident.

During removal and replacement of the p/n 15708-001 induction duct assembly, a crack was noted in the area of the AN3-34 bolt serving as a hinge pin for the alternate air door. The bolt was found to have a groove worn into its shank 360 degrees around.

It appears the stainless steel induction duct support bracket (p/n 15671-002) is wearing into the AN3 bolt. Other same-model aircraft in the fleet were found to have some degree of wear on bolt and similar duct assembly cracking.