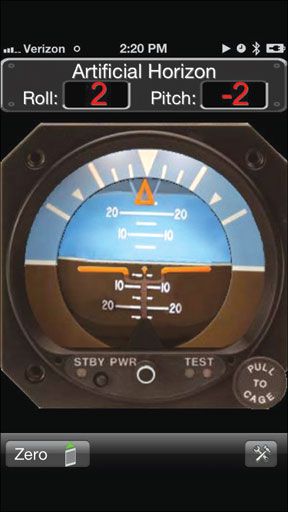 The June 2013 edition of Aviation Safety arrived today. In Unicom, there is a question about gadget legality. You correctly quote FAR 91.21 (technically, 14 CFR 91.21) as saying that PEDs are legal on all non-commercial VFR flights and that the pilot in command makes the determination in non-commercial IFR operations. But more than one federal agency makes rules about electronics.

Many read only the statement in 14 CFR 91.21 and incorrectly believe that the pilot makes the decision regarding the use of cell phones while airborne, which is not correct. I have heard flight instructors and even designated pilot examiners make this mistake.

In the pre-solo exam I administer to student pilots, I have them look this up so they can see it in black and white.

I realize this doesn’t apply to all PEDs, but it certainly does to cell phones.

Good point, and one we overlooked when thinking only about the FARs.

Runway Alignment Tips In May’s Accident Probe, “Aiming To Please,” a significant procedure was omitted in the Unfamiliar Arrivals sidebar. When approaching an unfamiliar airport, I always set my HSI needle to the runway heading. That way, I fly until the needle is aligned with the assigned runway. A DG also can be used to confirm the correct runway heading.

It’s ironic that an accident very similar to the one analyzed occurred at my home field, KPIE, just a few years ago, resulting in the death of a low-time pilot and his parents on their first flight with him. The runway alignments at KPIE (22/4 and 27/9) are very similar to Tuscaloosa’s (KTCL), the article’s accident airport. I believe using the HSI or DG could eliminate a lot of this kind of confusion.

IFR Wx Planning I very much enjoyed Thomas Turner’s article, “IFR Weather Planning,” in the June issue. This is the first time I have seen a weather-planning checklist organized along specific hazards to make sure all bases are covered. This strikes me as particularly useful for IFR students (and VFR students, for that matter), since it highlights what we need to look for in a weather product. In hindsight, this seems like an obvious way to structure a weather briefing, yet it is the first time I have seen this approach.

I did want to mention the traditional way to make sure all bases are covered, though: Pick up the phone and call Flight Service for a standard briefing. While all weather products are available online (typically in better form, i.e., graphically), I found in my own flying that a call to Flight Service is the quickest way to make sure all critical information has crossed the barrier between the screen and my brain. In my opinion, a one-on-one discussion with a human being is still the most effective way to achieve that. And to my knowledge, the U.S. remains the only place in the world where such a service is available for free. So let’s use it!

Managing All Risk I am not the least bit involved in general aviation, however, the methodology, strategies, tactics and situational awareness promoted by Aviation Safety magazine are useful to any person who wishes to safely travel from point A to point B. The lessons I have learned in the context of general aviation are equally useful when I drive across town, or from the east coast of Florida to its west coast, or from Miami to New York City.