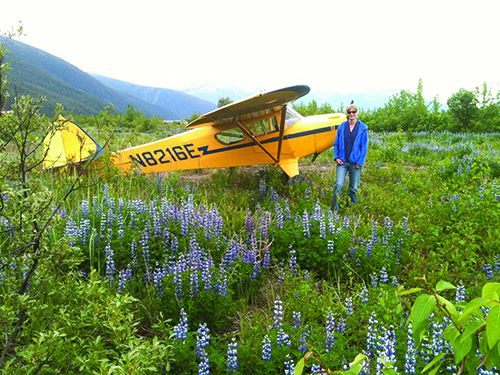 Rereading Robert Wright’s article in the July 2019 issue (“North To Alaska”), in which he was following the British Columbia and Alaska coast, he writes that the latter part of the trip was “mostly on top” from Skagway to Cordova. For someone who is frequently advocating risk management, it is hard to understand his reasoning for flying without visual reference to his surroundings over uninterrupted mountainous terrain and ocean channels, with virtually no safe spots to put down for many hundreds of miles. I guess in his 50-plus years he has never had an engine failure or need for a forced landing. Having this happen IFR over the mountains or VFR on top, his ADF, GPS, IFR ticket and whatever other technology he has will do him no good.

We in Canada have a much more restrictive protocol concerning VFR over the top (as distinguished from VFR on top), and for good reason. I know Mr. Wright had filed IFR to Cordova, but that still doesn’t give him a way out in the event of an engine failure and having to blindly descend through cloud in the mountains.

If interested, you might look up how Transport Canada differentiates VFR over the top from VFR on top. VFR on top as defined in the U.S.—long-distance cruising over an undercast—is not allowed in Canada. While I can see it being useful on the prairies or the U.S. Midwest, I could never understand why it would be safe to do so in mountainous regions. My own experiences would attest to that.

Mr. Wright, in advocating the importance of risk management, seems to have abandoned his principles in flying part of the B.C. and Alaska coastline as he did. Had I been VFR on top when my engine failed in the mountains, I would not be writing this to you. One day, your luck might just run out.

With regard to the three routes mentioned by Mr. Wright, a fourth summertime choice is via Prince George, Smithers, Dease Lake, then Whitehorse, etc. For those in the westernmost part of the U.S., it is shorter, safer and has many more options than the coastal route or the Rocky Mountain trench. While longer than the coastal route, it is considerably shorter than the Alaska Highway or Rocky Mountain Trench route.

After 50-plus years flying in B.C., Yukon and Alaska, I can’t imagine anyone trying the coastal route VFR. The chances of finding CAVU conditions along the entire route are vanishingly remote.

We’ll let Bob respond on his own if he chooses, but we’ll also note a couple of things.

First, risk management at its most basic is about identifying and mitigating situations we may confront. It’s not always about staying on the ground but sometimes involves taking steps designed to minimize the likelihood or consequences if something goes wrong. Yes, flying a piston single over mountainous terrain or over an undercast increases the consequences of an engine failure but not its likelihood. And even the consequences can be mitigated, with route changes, by carrying survival gear and only flying airplanes equipped with airframe parachutes. Doing it IFR is one mitigation; using an airplane you have confidence in is another.

Second, aviation regulations set minimum standards. We’re free to exceed them with personal minimums and the like, but we’re also free to meet them exactly, even when it might be unwise. And as we have said so many times, just because it’s legal doesn’t mean it’s safe. Likewise, we won’t advocate or defend VFR-on-top or over-the-top operations—or other “features” of a regulatory scheme—but we will try to closely examine their benefits and uses while pointing out the downsides they may pose. See the article beginning on page 16 of this issue for an example.

Finally, thanks for your insights and for sharing the benefit of your decades of experience flying over inhospitable terrain. Our readers are more informed and better equipped as a result.