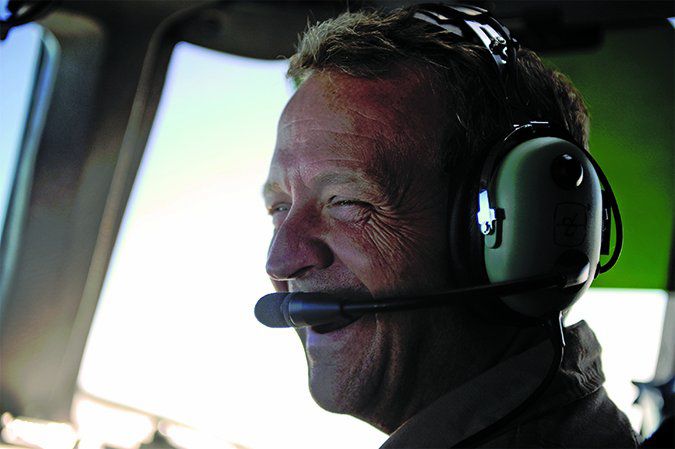 I just read “When ATC Screws Up” in the February issue—a good article and good advice. Just one minor nit though: While non-standard phraseology is bad, “Roger” is fine. Check the pilot-controller glossary in the AIM for example.

What am I missing? I read Mr. Burnside’s comment under the sidebar “‘Roger’ went out with the DC-4.”

I guess I’m a dodo, but I use “roger” all the time. And I hear it all the time from ATC. The term is in the Pilot/Controller Glossary (November 2016 edition): “ROGER—I have received all of your last transmission. It should not be used to answer a question requiring a yes or a no answer.”

Buffalo Airways still flies a DC-4 so maybe the article’s statement is predicting “roger” will go out sometime in the future?

Thanks to all who wrote in on this. Yes, we know “roger” is and has been a part of the Pilot/Controller Glossary (PCG) pretty much since the beginning of time. And we presume it still has its moments. But the very definition cited argues against its use: How do you really know you’ve received and understood all of the transmission you’re acknowledging?

This is why we have readbacks—to verify information was sent and received accurately. Merely “rogering” ATC or another pilot fails to include the verification a readback provides. Although “roger” is “approved” by the P/CG, we try not to use it for this very reason (and because of the takeoff scene in the film Airplane!).

With reference to November 2016’s article “Not At Night” and subsequent discussion in Unicom, every instrument approach, with the possible exception of Category IIIB ILS, ends with a visual segment; that is, the portion of the approach below the DA or MDA, where the pilot is expected to maneuver the aircraft to a landing.

Circling approaches are only evaluated for the 20:1 OCS. The higher the risk of the obstacle, the more visibility is specified to avoid said obstacle on the visual segment of the approach. The idea behind it is that higher visibility minima means there is more time, and less risk of collision, for the pilot to maneuver to a landing.

I applaud the FAA for taking a “risk-based” approach to obstacle mitigation rather than using the Notam system to make an instrument procedure not authorized if a tree sticks up a few feet into the obstacle surface. This is a big step for a regulator.

While I am a great fan of Aviation Safety, from time to time there are certain articles that I believe are counterproductive to everything your magazine stands for. An example is Michael Banner’s two-part series on energy management (“Energy Management Basics,” November 2016, and “Mismanaging Flight Energy,” December 2016).

I read through the first article three times, and while some of the theory outlined may be of value in aerobatic and/or military flying, I found it to be thoroughly unhelpful—dare I say useless—all the more so by making rather simple concepts of physics unnecessarily complicated, especially when the square of this and the square root of that are invoked. How helpful is that to your readers?

As my instructor emphasized when I began flying 50 years ago, “Speed with the stick; descent with the throttle.”