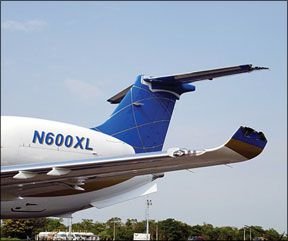 As a new subscriber, I am very satisfied with the magazine. However, the article, “The Brazilian Midair” (January 2007), contains one statement I consider arguable. Brazilian ATCs pre-takeoff clearance to the Legacy is quoted as, “N600XL, Clear, 370, Manaus,” followed by the statement that “Any pilot receiving this clearance while still on the ground would have been justified in believing their flight had been cleared to climb and maintain FL370 all the way to its destination.” Thats where I disagree.

Since the filed flight plan included three different altitudes, the clearance contains an immediate and obvious deviation or, more likely, it refers to the first phase of the flight only. In any case, as per FAR Part 91.123(a), “When a pilot is uncertain of an ATC clearance, that pilot shall immediately request clarification from ATC.” The second phase of the flight along airway UZ6, according to the flight plan, implied a change in altitude for a reason, since UZ6 is a two-way airway where altitude separation is mandatory.

It is quite clear that the Legacys altitude was not properly monitored by ATC and poor radio communication existed after the Legacy passed BRS. To make things worse, there is a disabled or malfunctioning transponder. Under those circumstances, I believe that the safest attitude would have been to follow the filed flight plan with the pre-established altitudes. The crew would be fully covered if they did so and the collision would have been avoided. Flight plans are normally correct.

You raise several good points, many of which highlight one of the central issues raised by this tragedy: the differences between rules and practices in the U.S. and other countries.

Regarding the initial clearance, no U.S. pilot would change cruising altitudes without a subsequent clearance. Brazilian ATC had ample opportunity to issue such a clearance. Too, the FAR you cite doesnt apply in Brazilian airspace.

Additionally, we and others have attempted to research related differences between U.S. and Brazilian regulations but to our knowledge no one has come up with any smoking gun. And, youre absolutely right that poor communications and surveillance existed for the Embraer. But how were they supposed to know to implement lost-communications procedures?

Finally, wed quibble a bit with your statement that flight plans are “normally correct.” We long ago lost count of the number of changes ATC has thrown at us, often before leaving the ground.

Too Much Of Good Thing

I enjoyed the article, “The Brazilian Midair.” In it, you did not mention that two planes heading in opposite directions at the same altitude on the same airway are much more likely to collide now than before the introduction of GPS, since everyone is right on the course centerline. I wonder if the FAA is looking at this.

We understand many crews flying overseas will set up their nav systems to offset their flightpath a nautical mile or two for precisely this reason.

Regarding your December article, “Top Pattern Traps,” I have one additional suggestion. Try taking a look at your shadow while you are in the traffic pattern. If you see more than one plane you might have a problem. Also, you can use your shadow to verify clearance during taxi operations. Thank you for a great publication and keep up the great work.

Your cover photo and the photo of the same event on page 16 might need a little explanation, lest we think youre scamming us. Ive yet to visit an airfield where the runway has tie-down changes along the grass edge, where they very kindly paint visitor or the runway (and why not facing the approach end?) How do I know its the approach end? Well, look at page 16 theres grass right behind the aircraft, so theyve both nailed it, landing even before the piano keys great precision flying.

But then I notice a dolly under the wing of the top Bonanza, so maybe theyve been removed from the active runway still “mated?” I guess the latter is the case, is it not? The incredible thing is, nobody bent a prop!

The photos are genuine, and were taken after the two aircraft were removed from the landing area.

The discussion of tight turns in cramped airspace (“The Not So Tight Turn,” December) raises questions about executing a turn back to the runway in the event of an engine failure on takeoff, where loss of altitude in a too-wide turn can preclude reaching the runway.

I am not an aerobatic pilot in any sense of the term, but it occurred to me that a wingover might be one way of making a good engine-out return to an airport.

Rich Stowell exhaustively explored turning back to the runway after an engine failure in his article for our January 2006 issue, “Turnbacks Reconsidered.” The articles main point is that landing straight ahead offers the best chance for survival.

As the article noted, the “aerodynamic best turnaround, on the other hand, occurs in a coordinated turn, at a bank angle of 45 degrees, at an airspeed just barely above the corresponding stall speed. Although the least amount of altitude is lost during this turn, the margin for error is slim-to-none.”

Paul Bertorelli, in “The Not So Tight Turn” (December), is correct. The canyon turn is not widely known or taught. After learning it in basic flight training in Alaska, I have found most flight instructors are unaware of it.

The technique I learned is different than the one described. It recommends slowing to flap-operating speed, initiating a 30-degree banked turn, then applying full flaps until a 180-degree turn has been accomplished. I would be interested in discussion of the relative efficacy and risk of the two techniques.

Im the photographer who took the photo on page 29 of your February issue. The pilot was practicing night landings at the Meadow Lake Airport (00V), at Colorado Springs, Colo., and lost engine power on downwind. He turned toward the runway but didnt make it, clipping power lines and wedging the fuselage between two large tree trunks.

Amazingly, he was uninjured, except for a scratch on his forehead from climbing down out of the tree in the dark. I took the photo the next morning.