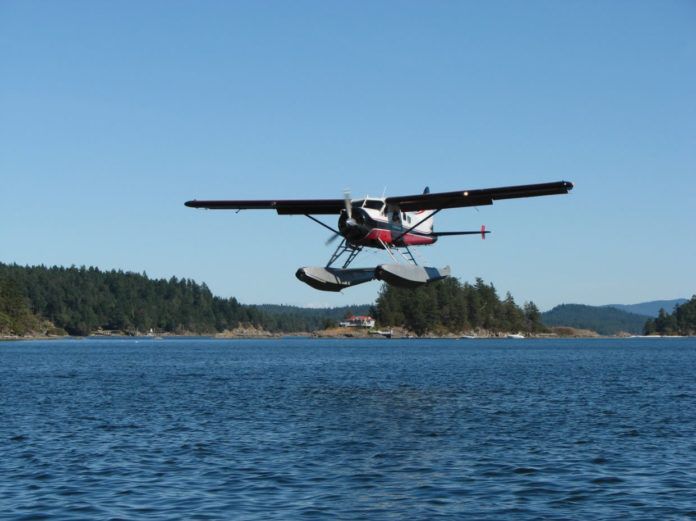 Here’s a question for you about ground effect, prompted by your article, “Using Ground Effect,” in the October 2015 issue, and specifically the statement: “We all should know ground effect is only encountered…well, close to a flat surface, be it liquid or solid, but sometimes we forget.”

After 40-some years of flying (private, CFI, charter, etc.) I took up helicopter flying in 2006. I went into it thinking I was quite familiar with the ground effect, and indeed, it plays heavily on the performance of light (piston) helicopters in a hover. My instructor surprised me one day by stating, “There is no ground effect over water.” He couldn’t explain why, but issued it as a strong warning for me not to expect the same hover performance over water as over solid land. He was insistent.

Not long after that, when flying solo in a Robinson R-22, I visited an office park where I had prior permission to land. To minimize my movements, I elected to bring the R-22 to a hover over a marshy area beyond the parking lot, then hover over to a spot to land. After nearly sinking into the water, I remembered my instructor’s warning. And indeed, when I crossed onto solid ground, the hover performance improved dramatically.

Apparently, for a helicopter, there is no ground effect over water. Or a lot less than you have over land. I can only offer this anecdotal evidence, but I’ve proven it to myself several times since.

What do you think? I noticed the writer’s AMES rating on the byline. I have no experience with fixed-wing aircraft on water. Is there ground effect for a seaplane/floatplane? Thanks in advance! And kudos on the magazine. It’s my number one read.

Good question. Ground effect definitely exists when flying a fixed-wing aircraft close to water. You can take our word for it, or the various references for wing-in-ground-effect craft, perhaps the best known of which are the ekranoplans, fixed-wing aircraft designed primarily in Russia for use as high-speed military transports over water.

From our research, hovering a helicopter over water can be problematic. As the water’s surface is disturbed, the “effect” is reduced as the air’s behavior no longer is uniform. More power may be required to maintain the hover. Attempting to use ground effect in a fixed-wing aircraft over tall grass or rough terrain can have similarly poor results, for the same reasons.

I’m a student pilot with a grand total of 32.3 hours (seven of them solo), and 10 of them on “Discovery Flights” at different schools with different instructors. I’m on my third instructor this year at my third flight school. Still looking for the perfect match. I’ve seen the best and the worst.

Every single instructor, without exception, and despite having performed a “positive exchange of controls,” couldn’t resist adding their control input on landing, so that when I went to put in some yoke or rudder there was a resistance from the instructor’s side.

In other words, I was not in control of the aircraft; in fact, neither of us were, and typical landings have turned into bounces, stalls and hard landings as a result. I know how to land a plane and at no time has it been necessary for the instructor to “save the day.”

I find this incredibly frustrating and inherently dangerous, and have voiced my concerns to a number of instructors. Their response? “I just wanted to help you.”

Now, whenever I see an accident report involving a student and an instructor, I am suspicious. I would be interested to see what the views and experiences are of other students and also instructors.

Sorry you’re having trouble finding the right CFI. In our experience, letting you make mistakes—right up to the edge of controllability—is part of the instructor’s job. We all learn by making mistakes.

Readers may chime in, but until they do, we’d suggest an earnest discussion before each lesson highlighting your concerns and clearly stating the circumstances when you expect “help.” Good luck!