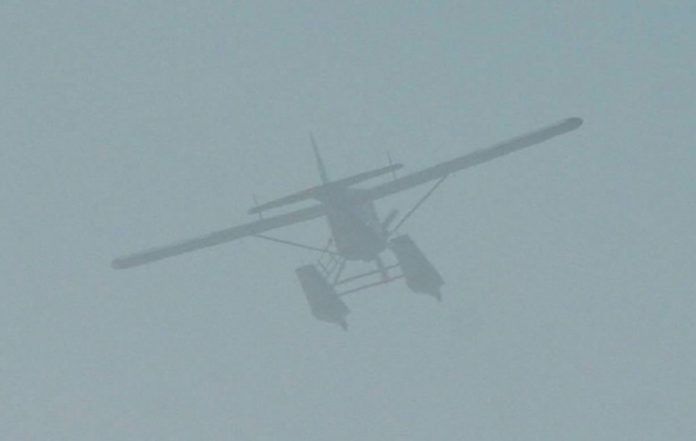 I read Zero-Zero Departures in your December 2014 issue with great interest. Like the author, I have heard over the years many of the same comments about zero-zero departures. They are risky, stupid, crazy, a death-wish, etc. While most of these comments largely are overstatement, unlike the author, I do agree with the naysayers: A zero-zero departure is riskier than a missed approach. The risk is in the first 200 feet the author with a wave of his pen dismisses.

To simply state a missed approach is just like a zero-zero departure because many of the movements are the same is like saying a car driver is the same as an Indy race car driver because the muscle movements are mostly the same. That just isnt so.

When performing a missed approach, the pilot has been airborne for some amount of time, perhaps hours. He/she has had time to evaluate their and the aircrafts health/performance. They have had time to monitor systems performance to determine their level of readiness. The aircraft is trimmed on a selected airspeed, within acceptable performance parameters. Finally, the pilot has made a conscious decision to shoot the approach knowing there is a back door in the form of an alternate if things dont go as planned.

Conversely, the pilot performing a zero-zero takeoff has none of the above benefits. He/she has not had hours to do systems evaluations. There was a pre-flight inspection and 10-15 minutes of taxi to see how well systems are performing. Did that DG really come up erect or was it a little slow? The autopilot passed the POH required checks but will it really engage? Both are yet to be determined.

How solid is the GPS lock? He/she has not even run the engine to full power to determine if it will perform as planned. Ive had an EGT warning light come on during the climb. Not good when you have no options. Most important, the pilot of a zero-zero departure has no back door. Coming back to the field is not an option, and the alternate may be hours away.

Any nonstandard operation by definition carries more risk, which is one of the reasons airlines dont do zero-zero departures, and their zero-zero landings are made only with special equipment and specially trained crews. These conditions are more risky. Remember the biggest air disaster to date involved two 747s fumbling around in an Azores fog.

Take the example of the Cessna Citation S/II at Tampa, Fla., on October 4, from page 26 of Decembers issue. Would you want to figure out a pitch-trim malfunction shortly after a zero-zero takeoff? These and other accidents make a good case against routine use of zero-zero departures.

I cannot speak for the military today but when I was trained, the FAF was a decision point. If the field was below minimums at the FAF, start the go-around. There was no point in getting closer to the ground on the odd chance you may get lucky. If the field was above mins at the FAF, continue the approach. Even if the field went below mins after the FAF it was considered safer to continue the process to the MAP and then go around. Ive had flights where the field was consistently below minimums and we never even left the IAF. Why waste the gas and take the risk on a long shot? Go to the alternate with the extra gas.

Is there a time for a zero-zero departure? Certainly. However, for most general aviation flights, I believe never taking off from a place you cant get back into should be the first line of defense. Is it really that important you cant wait until the field is at approach minimums before you take off?

Good thoughts, all, few of which are inconsistent with that article or the follow-up we published in our January 2015 issue, Making The Low-Viz Takeoff.

One of this magazines roles is to dive into the mysteries of various standard and nonstandard operations, explaining the associated risks and how to mitigate them. The idea is to discuss ways of maximizing the operations success if it absolutely, positively has to be performed. It doesnt serve anyone to simply state, Here be dragons without explaining why they exist and how to evade them. Thanks for helping hold us to that standard.
– Jeb Burnside