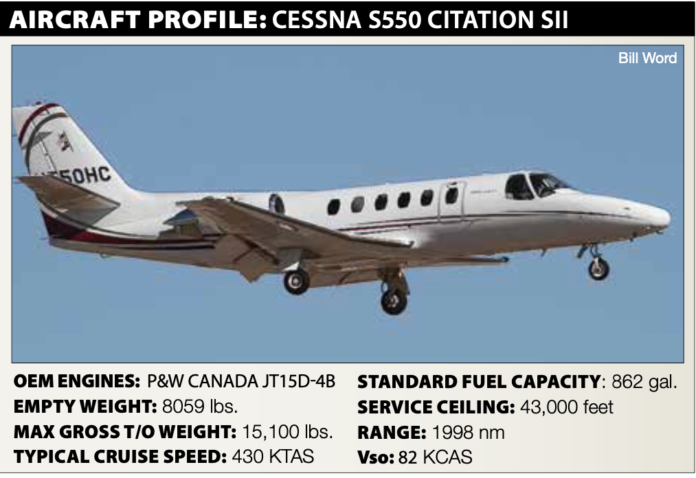 I’ve always been one to advocate getting as much airplane as you can afford for your mission. For example, if your analysis says a Cessna 172 meets your needs, seriously consider a 182. The operating costs aren’t that much more, it’s faster and it carries more. Plus, it’s a good bet your mission will expand—mission creep—as you become more comfortable with the idea that, yes, you actually can drive to the airport, hop in and go somewhere on the spur of the moment. There’s an obvious upper limit to this, though, and it’s not an economic one.

What we often forget is that the more airplane we get, the better we have to be. It’s one thing to be comfortable and safe grabbing a $100 hamburger in your Twin Comanche, for example, but quite another to strap on a Gulfstream and join a North Atlantic track for lunch in Lyon. Somewhere on this seemingly endless ladder, we all reach the point of diminishing returns and can fall into the trap of having too much airplane. The problem is that we may not realize it, or ignore the warning signs and those who helpfully try to point out the reality.

Age certainly is a factor in this equation. While we may gain experience over the years, we also may lose acuity, in both our vision and our mental ability to manage complex avionics and airspace. Even if age isn’t a factor, regular training and exercise of our skills—proficiency—likely are. Flying a fast, capable airplane in the flight levels demands more dedication, preparation and focus than we may be willing to devote.

At the same time, advanced automation can beguile us into the twin traps of thinking we’re better than we are and that the airplane will save us from any failures to properly manage it. At the end of the day, airmanship matters, and we can forget the basic rule: fly the airplane. Here’s an extreme example of the potential outcome.

On May 22, 2019, at about 1245 Eastern time, a Cessna Citation S550 SII was destroyed when its pilot lost control shortly after takeoff near Greenfield, Indiana. The pilot (male, 75) and passenger were fatally injured. Visual conditions prevailed; an IFR flight plan had been filed.

A witness on the ground later reported seeing the airplane turn shortly after takeoff from Runway 07. It was in an estimated 90-degree left bank with the wings vertical and the fuselage parallel to the ground. The nose lowered slightly before rising to a level attitude. The wings started to level, then the nose went straight down, and the airplane disappeared behind trees. The airplane impacted a field about ½-mile northeast of the departure airport.

Surface wind reported about 10 minutes earlier was from 170 degrees at nine knots, gusting to 14. When applied to the 100-knot groundspeed and heading, the Citation’s airspeed was estimated as between 86 knots and 93 knots. 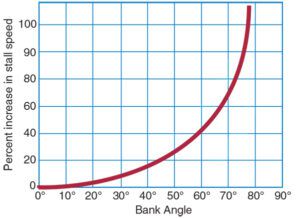 At first, pilots are taught to respect the published stall speed. Then they’re taught that speed has little to do with when and how a wing stalls, and that angle of attack is what we should pay attention to. Soon, we’re told about load factor and how it increases in a level, banked turn. Finally, we’re also admonished that increasing the load factor also increases the stalling speed, perhaps with a graphic like the one at right to explain the relationship.

It should be hard to ignore that an airplane can stall at any airspeed, bank angle or load factor if we neglect one of these other two elements, but pilots regularly demonstrate that forgetting some of the physics keeping us in the air actually is relatively easy to do.

When we’re determined to do things differently, technology like angle of attack indicators or the various flight instruments—along with stall warnings as a last resort—can’t prevent us from ignoring these rules of basic airmanship.

The airplane impacted a flooded cornfield and was significantly fragmented, leaving a wreckage field about 270 feet long and 103 feet wide. Both engines had separated from the airframe. A post-impact fire consumed about 80 percent of the airplane. Examination revealed no signs of preimpact mechanical malfunctions or failures. Both engines displayed circumferential rub marks on all rotating stages and debris ingestion. Both engine FADECs were recovered. The left engine FADEC’s nonvolatile memory could not be downloaded but the right engine’s had not recorded any faults.

The airplane was originally certificated for two pilots. The pilot held type ratings for the Cessna CE-500 and CE-525-S, and Beechcraft RA-390-S airplanes, and he had obtained a single-pilot exemption for the Citation S550 SII.

The airplane’s performance and stall speeds were calculated based on its empty weight, the pilot’s and passenger’s weights, full fuel, 20 degrees of flaps and the ambient conditions. Its calculated rotation speed would have been 95 KIAS, and its best climb-rate speed would have been 195 KIAS. The engine manufacturer-recommended cruise-climb speed was 224 KIAS. With a 45-degree bank angle, stall speed was calculated to be 100 KIAS and 118 KIAS at a 60-degree bank.

The NTSB determined the probable cause(s) of this accident to include: “The pilot’s failure to fully advance the power levers during the takeoff and initial climb, which led to his failure to maintain sufficient airspeed and resulted in the exceedance of the airplane’s critical angle of attack and a subsequent aerodynamic stall.”

According to the NTSB, the Citation’s Airplane Flight Manual stated that the pilot must, in part, “advance the throttle lever to the maximum takeoff detent for the FADEC’s nonvolatile memory to record a logic trend snapshot two seconds after takeoff.” Such a datapoint was missing from the retrieved FADEC data, which the NTSB said “is consistent with the pilot not fully advancing the throttles during the takeoff and initial climb and is likely why he did not attain or maintain sufficient airspeed.”

Failing to use takeoff power is an entirely different conversation, but there’s nothing wrong with pulling back the throttle(s) at a safe altitude and taking time to admire the scenery. It’s a poor decision when only a few hundred feet above the ground. If you want to fly a Cessna 172, do so, but reveling in being behind the airplane doesn’t have much of a future.