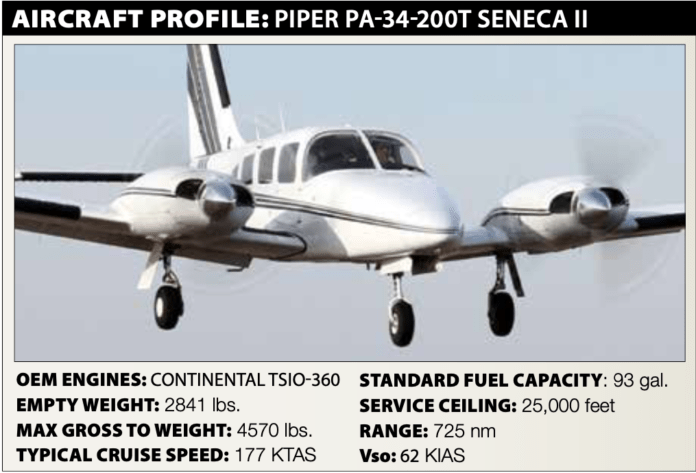 Fly long enough, and you’ll eventually find yourself on top of a broken or solid undercast, wanting to be beneath it. To get there, you either need to obtain an instrument clearance, find a hole, wait for one to appear or divert, perhaps far out of your way, to an area with better weather. If your destination is reporting good VFR underneath the clouds and you can’t get an IFR clearance to descend, it’s very tempting to find a hole and pull the plug, descending to visual conditions.

But here be dragons. For one, it’s impossible to know the exact height of the cloud bases, and therefore how much moderately clear air will be under and around you at the bottom. Another concern is the terrain, and you could come out the bottom of the hole in a box canyon, with no maneuvering room. A third concern is that the hole can close up around you during your descent, leaving you with nothing but poor choices. That’s one reason they’re called “sucker holes.”

If you are going to get sucked into such a hole, one thing you don’t want to do is allow your speed to build up, tucking you into a steep spiral. It’s best to slow down, deploy flaps and gear to stabilize the airplane, and to guard against building too much speed, and then slowly descend, perhaps even in a spiral, but under control. What follows is a good lesson on why flaps and gear might be your friend.

On February 19, 2018, at about 1125 Pacific time, a Piper PA-34-200T Seneca II was destroyed when it impacted the ground about four miles northwest of the Minden-Tahoe Airport (MEV), Minden, Nevada. The solo airline transport pilot and flight instructor, a 64-year-old male, was fatally injured. Visual conditions prevailed.

At 1122:50, when the airplane was about seven miles west of MEV, the pilot finally responded to multiple calls from ATC, advising the controller he couldn’t hear him. At 1123:07, the pilot said he was “going to orbit here to the south…south over the airport…maneuvering through a hole,” which was the last transmission from the pilot.

About that time, the pilot started a wide right turn toward MEV. Initially, the airplane was at 14,210 feet msl, about 10,000 feet above MEV’s field elevation, heading about 050 degrees. Less than 30 seconds later, it was at 14,462 feet msl, heading about 122 degrees. The airplane continued south and appeared to enter a descending spiral. At 1124:20, the airplane was at 13,410 feet msl; nine seconds later, it had descended to 12,493 feet. The last reliable altitude recorded was at 9750 feet msl.

Chapter 8 of the FAA’s Aeronautical Information Manual (AIM), Medical Facts for Pilots, includes an excellent overview of the general topic, with references to other materials expanding on its contents. In its discussion of spatial disorientation, the AIM chapter includes this definition of a graveyard spiral: “An observed loss of altitude during a coordinated constant-rate turn that has ceased stimulating the motion sensing system can create the illusion of being in a descent with the wings level. The disoriented pilot will pull back on the controls, tightening the spiral and increasing the loss of altitude.”

It’s one of the illusions the FAA states leads to spatial disorientation, and ranks “among the most common factors cited as contributing to fatal aircraft accidents,” according to the AIM. “Spatial disorientation from these illusions can be prevented only by visual reference to reliable, fixed points on the ground or to flight instruments,” the AIM concludes.

The stabilator had separated in a downward and aft direction while the wing sections separated downward. The lower fuselage showed damage and black transfer marks consistent with wing contact. There was no evidence of pre-existing corrosion or cracks on any of the fracture surfaces, which is consistent with overstress separation.

Minden weather recorded at 1115 included wind from 350 degrees at 15 knots, gusting to 29 knots, in clear skies and ten-plus miles of visibility. Satellite imagery revealed extensive cloud coverage over the region accompanied by significant breaks in the clouds, through which the ground could be seen. Weather radar showed snow showers moving through the area about the time of the accident.

Analysis of data recorded by onboard avionics determined the airplane’s estimated airspeed peaked at 220 knots, far in excess of either its VNO of 165 KCAS or its VNE of 194 KCAS. The airplane’s aerodynamic loading reached a maximum of 3.95 G before the data became unreliable. The Seneca’s maximum positive load factor is 3.8 G.

Toxicology testing of the pilot revealed a significant quantity of a sedating antihistamine, diphenhydramine, available over the counter as Benadryl and Unisom. According to the NTSB, the medication “causes marked sedation,” alters mood and may impair “cognitive and psychomotor performance.”

The airplane’s oxygen system was found loose in the cabin area at the accident site. Investigators could not determine whether the pilot was using supplemental oxygen during the flight.

The NTSB determined the probable cause(s) of this accident to include: “The pilot’s loss of airplane control due to spatial disorientation while maneuvering in instrument meteorological conditions. Contributing to the accident was the pilot’s impairment from the use of a sedating antihistamine.”

According to the NTSB, “The airplane flight path before the in-flight breakup [was] consistent with a graveyard spiral caused by spatial disorientation. The pilot’s statement to the controller regarding his intent to maneuver through a hole in the cloud layer indicated operation near instrument meteorological conditions (IMC). The airplane’s excessive bank, pitch, and load factor coincided with the height of the reported cloud tops (13,000 ft), further indicating that the pilot was likely flying in and out of the clouds as he was attempting to spiral down to the airport. Given the reports of ceilings at 9,500 feet, the in-flight breakup likely occurred in IMC or within seconds of the airplane exiting IMC, precluding the pilot from taking recovery action upon reentering visual meteorological conditions.”

The pilot apparently put the airplane into a power-on descending turn through a hole in the clouds. Perhaps in an attempt to remain visual, he tightened the turn, allowing speed and G-loading to build past what the structure could sustain. We’re left to wonder why, with all this pilot’s training and experience, he had to get down right now. Get-there-itis doesn’t explain it, when there were so many other options.