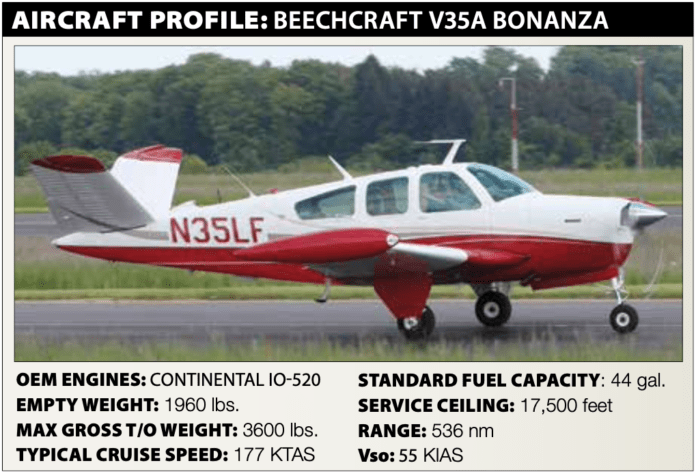 From time to time, pilots are confronted with a set of circumstances posing a significant challenge to their ability to complete a mission. It might be a mechanical problem, but it most often involves uncooperative weather. The time-honored act of launching into poor weather to “take a look” sometimes works out, but the chances of it succeeding at night often can be expressed with single digits. Still, pilots try it. We don’t know how many succeed, but we do have a pretty good handle on how many don’t.

The best defense against finding yourself in such conditions is earning the instrument rating, keeping it current and using it. Even then, weather and other factors can conspire against our best-laid plans and force us into situations for which we’re not prepared or trained. When we let our instrument skills lapse, we need to be more circumspect about our capabilities; the weather doesn’t care how many valiant attempts to complete the mission we might make.

On March 25, 2018, at about 2137 Central time, a Beech V35A Bonanza was destroyed when it impacted terrain near Hydro, Oklahoma. The instrument-rated commercial pilot (male, 62) and his passenger were fatally injured. Night instrument conditions prevailed. The flight departed Odessa, Texas, at about 1947, destined for El Reno, Oklahoma.

At 1806, the pilot called Flight Service for a preflight briefing, which included an Airmet for instrument conditions at the destination. The pilot told the flight service specialist he could go IFR “…if I need to.” While en route, the flight received VFR flight following services from ATC and, at about 2125, the controller asked the pilot if he had the destination in sight. The pilot did not and informed the controller that he was trying to get underneath clouds.

Several minutes of low-level maneuvering apparently followed, including an attempt to “get into” an airport near the destination facility, with approach control and center controllers sporadically in radio and radar contact. At about 2133, the pilot reported he was “back VFR on top again” and ATC asked his intentions. The pilot responded, “Okay, my intentions are now that I’ve got myself out of the clouds, I’m back up on top here I’m going to try to go out to the west and get and slide in underneath it.” At about 2138, the center controller informed the pilot that radar contact was lost and asked the pilot to say his altitude. The pilot did not respond, and there were no further communications received from him. 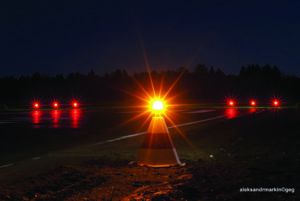 According to the NTSB, “About two-thirds of general aviation accidents that occur in reduced visibility weather conditions are fatal…. Even in visual weather conditions, flights at night over areas with limited ground lighting (which provides few visual ground references) can be challenging.” The Safety Board recommends that pilots:

* Refuse to allow external pressures, such as the desire to save time or money or the fear of disappointing passengers, to influence you to attempt or continue a flight in conditions in which you are not comfortable.

* Be honest with yourself about your skill limitations. Plan ahead with cancellation or diversion alternatives. Brief passengers about the alternatives before the flight.

* Don’t allow a situation to become dangerous before deciding to act. Be honest with air traffic controllers about your situation, and explain it to them if you need help.

Radar data revealed that, at 2134, the airplane was about flying southwest at 3850 feet msl, which would put it at roughly 2200 feet agl. Subsequently, a witness driving about ½ mile west of the accident site saw a “steady red light” and a “steady white light” travel over his car. He watched as the lights continued to get lower in his field of view and suddenly observed a bright “yellow glow” ignite. The witness reported a dark night, with terrain around the accident site “pitch black.”

The airplane’s main wreckage came to rest upright in a flat, open field on a magnetic heading of 060 degrees and an elevation of about 1670 feet msl. All major components of the airplane were accounted for at the accident site, and flight control continuity was established. The landing gear and flaps were retracted, and gyroscopes in both the attitude indicator and heading indicator exhibited evidence of rotational scoring. All three propeller blades displayed varying amounts of S-bending, blade polishing, leading edge gouging and twisting deformation. Examination of the wreckage did not reveal any anomalies consistent with a pre-impact failure or malfunction.

In January 2018, the pilot reported 4500 total hours of flight time and two hours in the previous six months on his application for a medical certificate. His available logbooks did not include entries for night landings or instrument approaches in the previous 12 months.

Satellite imagery for the accident location corresponded to cloud top heights of between 8000 and 25,500 feet msl, as well as low, warm clouds in the accident region.

The NTSB determined the probable cause(s) of this accident to include: “The pilot’s decision to continue the night visual flight rules flight into instrument meteorological conditions, which resulted in a loss of control due to spatial disorientation. Contributing was the pilot’s lack of instrument/night currency, and his failure to request additional assistance from air traffic control.”

In this instance, the accident airplane’s radar track depicts two descending turns in the three minutes before the crash, from 3800 feet msl to 2100, or about 500 feet agl. The dark night conditions didn’t help (see the sidebar on the opposite page).

From the NTSB report, it’s not known what external pressures the pilot was under to make this return trip, especially when other nearby airports offered either instrument approaches or visual conditions. As a consequence, we’ll never know what prevented the pilot from seeking additional ATC assistance to divert to a nearby facility and wait for improved conditions, or land, call it a night and obtain ground transportation to his ultimate destination.

What we do know is an apparently non-current instrument-rated pilot knowingly launched into low ceilings and dark night conditions in an attempt to complete his mission. Although he told Flight Service he could conduct the flight IFR, he chose not to. Scud-running, with reduced visibilities under low clouds, as this pilot engaged in, is tough enough during daytime. At night, it’s lethal.