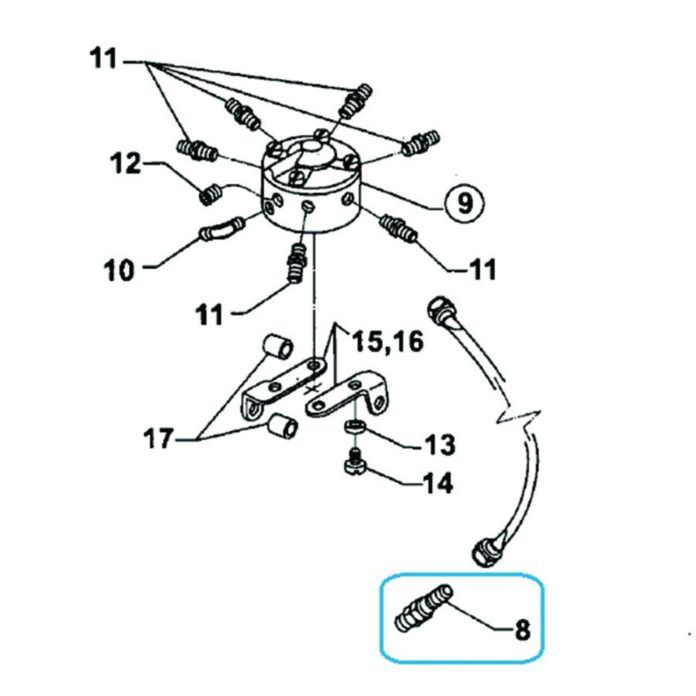 After installation of a factory-rebuilt engine, a ground-run was performed. At all settings, the engine ran too rich, and adjustments had no effect. Aircraft was not airworthy. Removed fuel servo from engine, sent out for repair. Reinstalled fuel servo after repair, and engine performed satisfactorily. Returned aircraft to service.

Pilot reported a rough-running engine and made a precautionary landing. Inspection revealed small amounts of dirt in the injectors of the affected cylinders. Injectors were cleaned and lines removed, flushed and reinstalled. Technicians found no contamination in the fuel tanks. Fuel transducers had been installed in the fuel lines as part of an engine monitor installation approximately five hours prior to this occurrence. Personnel are speculating that the contamination in the injectors may have been a result of that installation, but could not determine for sure.

While removing the #2 cylinder injector nozzle (p/n 6576682234) for scheduled cleaning, the part in question was found to shear at the cylinder upon removal attempt. This is the second such failure of this type on this engine in recent months. Due to suspicion of other nozzles failing, all six nozzles were replaced with new ones.

During takeoff, the left engine failed to develop full power. The takeoff was rejected. Upon inspection, small unknown foreign debris was found in cylinders #1, #3 and #5 fuel injector nozzles (p/n 2541946). The fuel control unit screen was inspected with no debris found inside. Fuel lines were inspected with no debris inside. All left engine fuel injectors were replaced and the aircraft returned to service with no further issues.