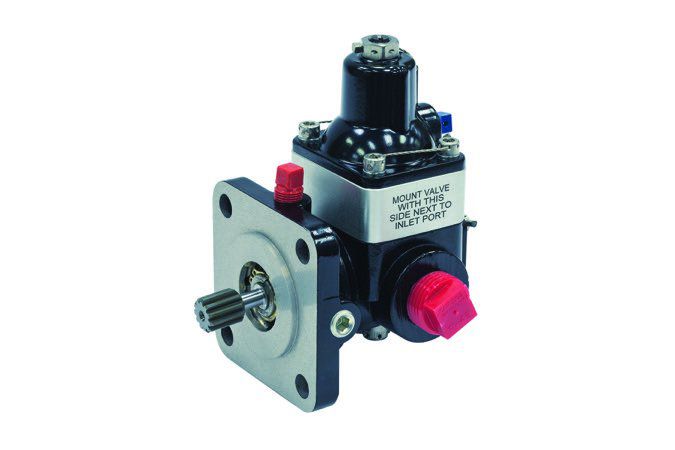 The aircraft was inbound when the engine began to lose power. The pilot used the fuel boost pump to keep the engine running and landed without incident. The engine ran fine at idle on the ground. With the engine off and the fuel selector turned on, fuel ran freely out of the fuel pump drain line. The defective fuel pump (p/n 201F5008) was replaced.