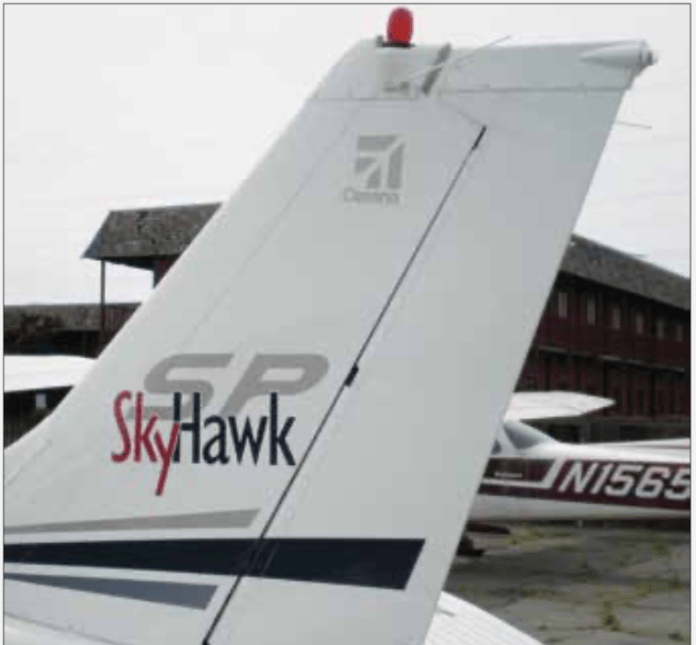 It’s an article of faith among seasoned pilots that many of their less-experienced peers either don’t know or don’t care enough to use the rudder properly. The frequent result, they point out, is uncoordinated flight, too often leading to the classic loss-of-control in-flight accident (LOC-I): a stall/spin, without enough altitude to recover. While that debate won’t be resolved here, we do want to point out that coordinated flight isn’t always the most desired way to manipulate an airplane’s controls.

In its Airplane Flying Handbook (FAA-H-8083-3B), the FAA says coordinated flight occurs when “the airplane’s nose is yawed directly into the relative wind and the ball is centered in the slip/skid indicator.” The same reference defines the term as the “application of all appropriate flight and power controls to prevent slipping or skidding in any flight condition.” Given that there are completely normal, everyday situations in which we don’t want to be coordinated, we like that definition a bit better. What are those normal, everyday situations in which the FAA says it’s okay to be uncoordinated?

Any time we make a control input, we’re introducing yaw—rotation about the airplane’s vertical axis—to its equilibrium. This includes using power, aileron and the elevator/stabilator to change its trajectory. Using the rudder to counter the yaw is central to establishing and maintaining coordinated flight.

While there are times we want to be slightly out of whack, there are other times when lack of coordination can have bad outcomes. These include overshooting a turn to final when landing by forcing the airplane to skid with too much rudder, when demonstrating slow flight and stalls, and pretty much any time we’re low, slow and maneuvering.

One of them involves crosswinds. Maintaining coordinated flight when landing or taking off in a crosswind is a recipe for losing control and bending an airplane. Instead, we lower the upwind wing, forcing more surface area into the wind to help with control. To counter its tendency to turn in the direction of the lowered wing and keep the airplane aligned with the runway, we add some opposite rudder. The intended outcome is to track down the runway centerline.

This results in a slip, perhaps more correctly termed a sideslip (see the sidebar on the opposite page for the difference between a sideslip and a forward slip). Slipping is one method of managing the airplane’s approach in a crosswind; crabbing is another. Often, pilots will combine the two techniques to manage stiff crosswinds. Using a slip to manage a crosswind during takeoff or landing is an uncoordinated maneuver but also is necessary to counter the wind’s effects and keep the airplane aligned with the runway.

One characteristic of uncoordinated flight is that it increases aerodynamic drag. Usually, that’s a bad thing, since we typically want to fly as efficiently as possible. But there are times when adding drag can be beneficial, like when trying to squeeze into a field after an engine failure and we’re too high. Pilots of airplanes without wing flaps also may want to add drag to manage their approach to a landing.

The maneuver to use is a forward slip, where we turn the airplane’s fuselage into the wind with lots of rudder but bank slightly in the opposite direction to maintain the flight path, if not the heading. One of the keys to a forward slip is to ensure an adequate airspeed margin above the stall since stalling out of a forward slip easily can lead to a spin by introducing unwanted yaw at the break.

The asymmetric thrust produced when a conventional twin-engine airplane’s engine fails wreaks all kinds of havoc with its performance. It’s perhaps counterintuitive to the layperson, but the most efficient way to manage one-engine inoperative flight in a twin is to establish a slight sideslip.

This is done by raising the wing with the failed engine no more than five degrees, then applying rudder opposite the bank to correct for the heading change. The resulting sideslip counters the asymmetric thrust of the working engine, which typically is set to full power. When power on the working engine is reduced for descent or landing, some or all of the sideslip needs to be removed.

Is This A Slip Or A Skid

One bit of confusion surrounding uncoordinated flight involves slips and skids. If the inclinometer’s ball isn’t centered, are we slipping or skidding? One way to tell the difference is determining whether the airplane is turning or maintaining a more or less constant heading.

A slip occurs when the airplane’s rate of heading change is insufficient for its bank angle. As the main text points out, we use opposite rudder to stop a slightly banked airplane from turning when dealing with a crosswind. There are two types of slips, a forward slip and a sideslip; the main difference between them is the airplane’s heading relative to its flight path.

A forward slip occurs when we change the airplane’s heading away from the intended flight path by lowering a wing and applying opposite rudder to maintain that path.

The sideslip is basically the opposite: the airplane’s constant heading is aligned with its direction of travel while banking and managing the heading with rudder. Another difference from the forward slip is that a sideslip typically requires less rudder input.

A skid involves a rate of heading change that is excessive for the bank angle. The Airplane Flying Handbook defines it as a “condition where the tail of the airplane follows a path outside the path of the nose during a turn.” Like slips, skids also create additional drag. They are most commonly entered into when a pilot tries to correct overshooting the turn to final with too much rudder. The additional yaw can lead to a low-altitude stall/spin.

One thing to keep in mind about uncoordinated flight is that, regardless of whether we’re in a slip or a skid, the airplane isn’t being flown in the most efficient manner. By introducing yaw, we’re placing more of its surface area—namely, the side of the fuselage—into the slipstream, increasing drag. In some circumstances, that may be exactly what we want to do.

For the most part, uncoordinated flight isn’t desirable. Slips may be used beneficially, however, to lose altitude or counter a crosswind, or to maximize a twin’s single-engine performance. The other type of uncoordinated flight, the skid, typically isn’t used in everyday flight. An exception, however, can involve using the airplane as a camera platform and wanting to minimize the bank angle but change heading at the same time. A skid can help us achieve that objective, but it’s important to understand that a skid, more so than a slip, can lead to a fatal stall/spin accident if we allow the airplane to get too slow and stall.

All of this involves using the rudder, of course, and correctly managing uncoordinated flight goes a long way to silencing those seasoned pilots.