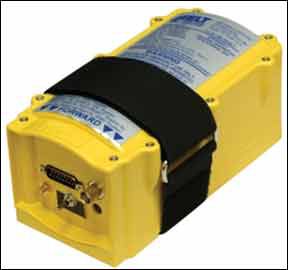 As you should know, the international consortium concerned with relaying electronic distress signals stopped monitoring the 121.5 MHz frequency on February 1, 2009, in favor of emergency locator transmitters (ELTs) and other devices transmitting on 406 MHz. Since the FAA does not require operators to upgrade to the new standard, the practical impact of this action was to obsolete older ELTs and make it more difficult to find a downed aircraft lacking the 406 MHz technology.

In 2011, the U.S. Federal Communications Commission (FCC) proposed prohibiting use of an ELT capable of transmitting only on 121.5 MHz (the 406 MHz ELT standard includes 121.5 MHz signals). Mayhem ensued, and the FCC eventually backed down, in part thanks to FAA and AOPA input. Since then, the FAA has canceled TSO C91a, the document specifying 121.5 MHz ELT standards, effectively preventing new 121.5-only ELT approvals. Previously certified ELTs may still be produced, marketed and installed, however.

In January, the FCC proposed to prohibit future “manufacture, importation, and sale of existing 121.5 MHz ELT models beginning one year after the effective date” of any new regulation it may adopt. Additionally, the FCC asked the public to comment on whether continued use of 121.5-only ELTs should be prohibited, when, whether there is adequate supply and manufacturing capability of 406 MHz ELTs if such a prohibition is put into place and what costs are associated with mandatory transitioning to the newer technology.

The public may submit online comments to the FCC on these and other questions raised in the commission’s proposed rulemaking by visiting www.fcc.gov/cgb/ecfs/ (enter “01-289” as the proceeding number) or www.regulations.gov (use “01-289” as the search string). In either case, public comments are due by March 1, 2013.

The ELT has a checkered past. Historically, they frequently fail to trigger in an accident and can start transmitting after a hard landing. Newer technologies—portable locator beacons, ADS-B, commercial tracking services and even smartphones—offer several advantages. And we question whether ELTs serve any useful purpose at all in this day and age. That said, if we ever need to replace our legacy ELT, we’d opt for a 406 MHz model.

We don’t think the FCC’s rulemaking has merit. Missing aircraft can be located with 121.5-only ELTs. The 406 MHz ELT standard is better, yes, but remains prone to installation and antenna failure issues in a crash. A better mousetrap is needed. And if I have to use my 121.5-only ELT after they’re prohibited, well, the FCC can just come find and arrest me.