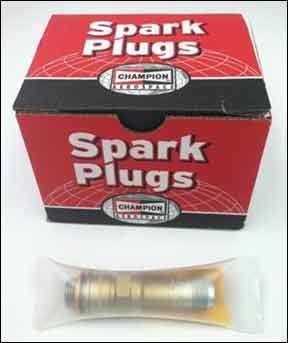 Beech Model 76 Duchess Corroded Elevator Spar
Left and right elevators were disassembled for repair. When the inboard flange was removed, exfoliating corrosion was found on spar. Corrosion is located under flange attach to spar and is not visible until parts are disassembled. The submitter suggests the issue isn’t one of flight time but the calender.
Part Total Time: 5032 hours

Cessna Model 172N Skyhawk Failed Circuit Breaker
Pilot noted a clicking sound accompanied by ammeter indicating a heavy discharge. Problem isolated to a circuit breaker that wasn’t tripping the indicator button and was working as an auto-reset breaker. A short was located within the “inop” ADF. The owner commented he thought the issue was normal for the pulse-light system.
Part Total Time: Unknown

Cessna Model 177RG Cardinal RG Cracked Main Wheel Hub
Left brake reported as soft, requiring repeated applications to engage. Inspection revealed a large crack on the inside of the wheel hub. Cracks also were discovered in the area of four of the six mounting bolts, parallel to the bolt hole centerline axis and approximately one-inch long. The right wheel was disassembled and cracks were found parallel to the centerline of two mounting bolts.
Part Total Time: 4655 hours

Champion RHB32S Spark Plugs Cracked Insulators
Engine start of the IO-550-N in a Cirrus SR22 was normal. Magneto check on run-up revealed rough-running and failed spark plugs on several cylinders. Removed the plugs and cracks found all around the insulators. Have been finding several of these on multiple aircraft. The issue is isolated to the brand.
Part Total Time: 300 hours