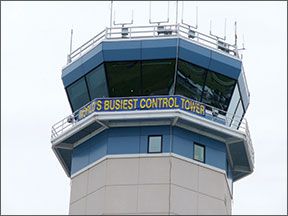 In July’s issue, I discussed the FAA’s demand that the Experimental Aircraft Association (EAA) cover controllers’ travel, per diem and overtime costs to provide ATC services at this year’s AirVenture fly-in. Subsequently, the EAA agreed to pay the agency some $447,000. (Full disclosure: EAA compensates me to work as a freelancer on the show’s daily newspaper during AirVenture.) There are a lot of opinions on this topic, ranging from, “They can have ATC fees when they pry them from my cold, dead hands,” to the more thoughtful one on the opposite page.

I come at this issue from having worked in aviation policy for some years: The FAA’s conduct throughout has been and continues to be unprecedented and embarrassing. For example, the agency didn’t even ask for the fees until May, leaving EAA very little time to respond. It executed an agreement with the FAA “under protest.” Too, Congress exempted the entire agency from the sequestration budget shenanigans earlier this year to ensure adequate ATC services would be provided throughout the country. Congress didn’t say “except AirVenture.”

I’m not willing to concede that ATC fees for AirVenture are either appropriate or necessary. The event has been held in Oshkosh since 1970; why has the FAA only now demanded—under threat of shutdown—nearly half a million dollars? One answer may be that AirVenture had been considered a showcase to the rest of the world on how to build airplanes, fly them and provide ATC services. When did the FAA’s view change?

The EAA has challenged the fees in court, stating, “Curiously, the FAA’s demand for payment from EAA comes on the heels of recent legislation specifically outlawing user fees and granting the FAA unique flexibility to guarantee uninterrupted ATC service. The FAA’s determination to augment the funding mechanism established by Congress through user fees was adopted without standard notice and comment or any other form of formal administrative rulemaking. Accordingly, the FAA’s demand for payment from EAA is procedurally improper and substantively unlawful.”

That’s the real problem here: Despite having Congress repeatedly tell it not to levy user fees for ATC services, the FAA went ahead and did so anyway, like in a third-world country. Some showcase. — Jeb Burnside