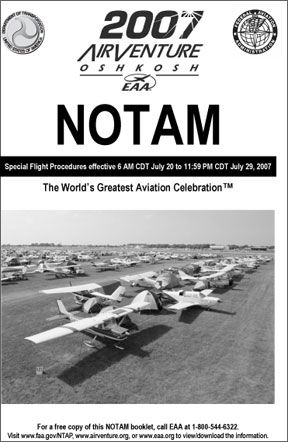 Back in 1996, Congress decided subsequent FAA Administrators should have a five-year minimum term. Supposedly, this decision was made to prevent political meddling in the agencys affairs and ensure the FAA would make the “right” decisions. Right. This was, for what its worth, the same law removing from the agencys mandate the concept of promoting aviation.

This coming September-the 13th, to be exact-marks five years since current Administrator Marion C. Blakeys tenure began, the crowning achievement of which is not having been in office on Sept. 11, 2001. By then, its unlikely Congress will have reached a decision on proposals imposing general aviation user fees in lieu of the existing excise tax scheme, or whether some other “option” will arise.

Given the user-fee proposals lackluster reception on Capitol Hill, plus recent reports the House version wont embrace any portion of the agencys proposals, it appears Ms. Blakeys anniversary celebration could be a muted one. That said, dont make the mistake of thinking the user-fee proposal has a fork stuck in it yet. There are several hurdles to clear, and anything can happen.

Also unknown is whether Ms. Blakey will step down when her five years is up, or if shell stick it out through the current administrations sell-by date. In the former situation, months could elapse before a replacement administrator is named, all while a senior official at the agency fills in.

Given the timing, its unlikely Blakey would step down until the fate of her-the airlines, actually-user fee proposal is known. If she decides to leave before then, its equally unlikely a new administrator would be installed to oversee the agency while this house of cards comes tumbling down.

Clearly, the coming months will be interesting ones.

I havent been on a good rant regarding air show arrivals lately, and-relax-I wont have space for it this month. But its that time of year again when numerous regional events pop up, along with the granddaddy of them all, EAAs AirVenture Oshkosh.

I survived this years arrival to Sun n Fun without much drama (Note to Lake Parker controllers:

Ill decide when my landing gear goes down, thanks!). But each year at OSH, LAL or other venues, there are horror stories and terrible tales of “pilots” stumbling around without a clue of what to do, where to go and how to get there.