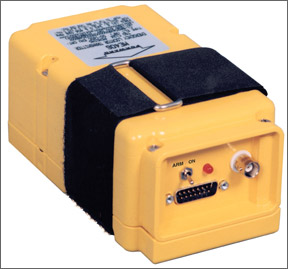 In June, the Federal Communications Commission (FCC) released a regulatory document stating, in part, “The manufacture, importation, sale or use of 121.5 MHz ELTs is prohibited.” Relax: At this writing, the ban has not gone into effect and cannot until at least early September. Although the FCCs action apparently caught many unawares, it was telegraphed as long ago as 2001. The ban comes on the heels

What is new is the FCCs decision to ban older ELTs without any apparent consultation with the FAA. In fact, there are no similar changes to existing FAA regulations requiring an ELT or allowing older 121.5 MHz ELTs, despite the advent of more-modern products using 406 MHz. Interestingly, 406 MHz ELTs also transmit on 121.5 MHz, as does a specific Breitling wristwatch, a product the FCC specifically exempted from its ban.

Also in June, a Piper Cherokee Arrow departed Kalispell, Mon., for a sightseeing trip. The airplane subsequently crashed in a remote area, killing all four aboard. According to published reports, its ELT did not activate. Authorities experienced difficulty finding the wreckage but eventually succeeded, in part, by reconstructing its radar track.

The ELT, of course, was mandated by Congress in the aftermath of the October 16, 1972, crash of a Cessna 310 carrying U. S. House of Representatives Majority Leader Hale Boggs. The airplane disappeared en route from Anchorage to Juneau, Alaska. It has never been found.

Early ELTs were problematic, with an activation rate of less than 25 percent in actual crashes, according to AOPA. Later versions enjoy an activation rate of 73 percent while the most-recent 406 ELT activates 81-83 percent of the time, again according to AOPA. Meanwhile, the U.S. Air Force Rescue Command Center tells us the false alarm rate for 121.5 ELTs is 98 percent and 90 percent for the newest, whiz-bang 406 ELTs. Ninety percent.

With advances in unrelated technologies like cellphones, with much more widespread radar coverage and ATC flight-following services for VFR aircraft, and with the proliferation of personal locator beacons and satellite-based tracking devices over the last 40 years, why is there still a requirement for airplanes to carry an ELT?

I see an argument for ELTs when operating over remote areas-Alaska certainly comes to mind. But the Montana crash, to me, is an argument against them: Once again, the technology failed to work when needed. The things arent cheap and still dont activate as they should. Plus, many exemptions from carrying them exist, and there other ways of accomplishing the same thing.

Why are we still putting up with these things? Cant we do better?