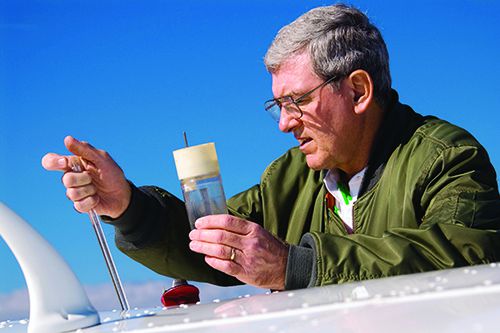 With the news during July’s Experimental Aircraft Association’s AirVenture Oshkosh fly-in that the FAA has approved a supplemental type certificate (STC) for an unleaded aviation gasoline, we’ve all transitioned from the early phase of the decades-long effort to rid ourselves of leaded aviation fuels. It wasn’t easy to get this far, and it won’t be easy to step across the finish line, but at least we’re closer to it than ever before.

The announcement also is a well-earned triumph for the team at General Aviation Modifications, Inc., GAMI, the fine folks in Ada, Okla., who in the 1990s brought us balanced GAMIjectors fuel injection nozzles for smoother and leaner engine operation, and are the home for Tornado Alley Turbo, TAT, which offers aftermarket turbonormalizing for Bonanzas, Cirri and some Cessna models. The brain trust behind GAMI and TAT are pilots and aeronautical engineers George Braly and Tim Roehl, who have spent the last couple of decades doing things for general aviation that many said couldn’t be done.

Indeed, GAMI’s FAA approval of an unleaded aviation gasoline is as much a technical victory as it is a political one. For years, George and Tim have advocated for their unleaded avgas solution against substantial pushback from the FAA’s bureaucracy and legacy interests throughout the general aviation industry. Most notably, the Piston Aviation Fuels Initiative, PAFI, which dates back at least as far as 2013, tried and ultimately failed to come up with a replacement for 100LL avgas. It’s not hyperbole to say PAFI’s failure ultimately cleared the path for GAMI and its unleaded fuel, G100UL.

But what exactly have they done, what did they announce and how might it affect you, your aircraft and your operation? Only time will have the full and complete answers to those and other questions, but we do know a good bit now, and more details will be forthcoming.

First, what GAMI announced during AirVenture 2021 is the FAA award of an STC for its unleaded 100-octane aviation fuel, G100UL. The STC applies to both the airframe and the engine, since both have affected systems. Initially, the aircraft involved are Lycoming-powered Cessna 172s. Conveniently, that allows fleet operators like Embry-Riddle Aeronautical University (ERAU), which has been working with GAMI for years to get to this point, to do a lot of field-testing. It’s likely other fleet operators will at least begin testing G100UL for their operations.

According to GAMI, other airframe/engine combinations will be added to the STC in short order. During AirVenture, a slide contained in GAMI’s public presentation projected the first half of 2022 will see the STC expanded to all airframes and engines. There are, of course, details and lots of questions, a few of them with answers. 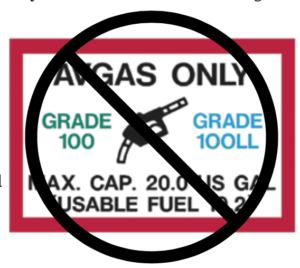 For example, yes, G100UL will cost more than 100LL. Projections right now run in the range of a $0.50 to $0.75 per gallon higher price, which obviously could and probably will change. The STC itself likely will be priced based on horsepower, as is the case for similar STCs covering automotive gasoline in eligible aircraft. Also, a gallon of G100UL weighs slightly more than 100LL. For an 80-gallon Bonanza, the weight penalty will be on the order of 24 pounds, or less than one percent. The good news is there is more energy in that gallon of G100UL, and we’ll burn slightly less of it, obtaining a bit more range/endurance.

Compatibility with 100LL seems not to be an issue. All along, GAMI has said its goal is the holy grail of a so-called “drop-in” fuel, which can be mixed with 100LL in the same tank. An airframe/engine combination STC’d for G100UL also can use 100LL interchangeably, so if one or the other isn’t available at your fuel stop, you’re not stranded if you have the STC.

As we learn more, many other questions and details will be explored, and the answers will be forthcoming here and elsewhere. While GAMI has been testing G100UL for several years, there always are going to be hiccups along the way. For me, being acquainted with, a customer of and constantly impressed by George and Tim, I have a lot of optimism GAMI will be able to navigate those minefields.

For any number of reasons, general aviation needs to get the lead out of its gasoline, sooner rather than later. Now that what appears to be a solid path forward to that goal exists, one of the industry’s most-vexing challenges seems to have been met. Over the next few years, I anticipate we’ll be seeing a transition away from 100LL until it evaporates completely. And that’s a great thing.