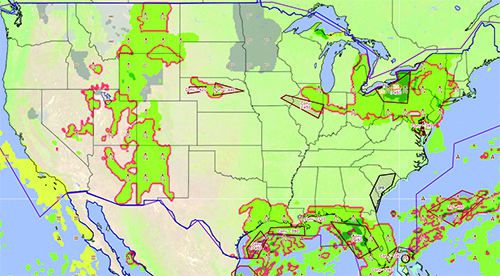 In discussing how to determine if an alternate is required for an airport that does not have a TAF (“Non-Towered IFR,” July 2021), Mr. Motte advises we consider the “oft-forgotten area forecasts.”

Not only were they oft-forgotten in the past, the NWS decided that rather than have pilots forget them, it was simply better to discontinue that specific product. The current recommended tool is the Graphic Forecast for Aviation.

Excellent article by Ryan Motte in July’s issue; however, he advises checking the area forecast for weather information. Your readers might have difficulty finding this anywhere, since it was discontinued in 2017, almost four years ago. The FAA replaced the Area Forecast with the GFA tool (Graphical Forecast for Aviation) available at www.aviationweather.gov/gfa. The GFA tool allows planning a route and overlaying clouds, ceilings, visibility, precipitation, winds, turbulence and more for times and altitudes up to 18 hours in the future.

Of course, now the same weather information is available in popular aviation apps on your iPad, providing a portable graphical format that works somewhat faster than the GFA tool on an iPad.

Y’all need to give us old-school guys a break…. Seriously, though, we knew that and should have worked the new graphical version into the article. That said, textual area forecasts for Alaska and Hawaii remain available.

The “new” GFA—an example of which is reproduced below—and similar weather products available on our tablets are far superior to what some of us grew up with. Even back then, there was little excuse for a pilot to take off without a weather briefing. Nowadays, there’s none at all. Thanks to you both for keep us on our toes.

Nicely done by the staff (“Getting (And Holding Onto) The Flick,” July). The weathercam site is spectacular, a great job by the FAA. But thanks for pointing it out, as well as reminding us of all the other data out there for the asking.

Will definitely improve my preflight planning!

Pictures are definitely worth more than a few words!

Thanks for “Well, I Declare,” in the August issue. Like Mr. Motte, I’m a bit mystified by some pilots’ reluctance to use to the “E” word and seek all the help they can get. I wonder if a couple of other factors may be at work.

For example, I think the paperwork issue has long been overblown, but maybe not the embarrassment of probably having done something wrong, like running out of gas. By declaring the emergency instead of keeping their mouth shut, pilots are inviting criticism that they screwed up, and maybe an investigation that could threaten their certificate.

It also could be they think they can fly out of the problem and no one will be the wiser. After all, being a pilot means having a certain confidence in your abilities.

Good observations. A misplaced desire to “save” the airplane also factors into it, we think. We also wonder about the “What’s the use? No one on the ground can help me” mentality, which often isn’t true.