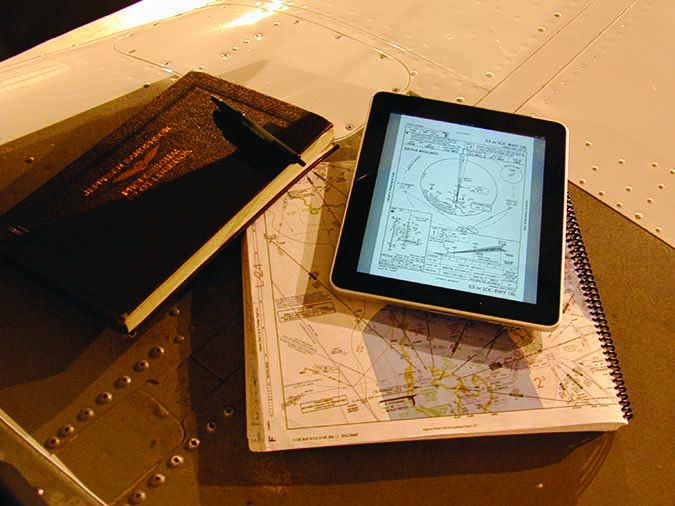 Back in August, AOPA’s Air Safety Institute released the latest of its Nall Reports, an in-depth look at a year’s GA accidents. The newest Nall Report, the 25th, looked at 2013’s accidents and found the rate of fatal GA accidents had dropped below one in 100,000 for the first time. Ever. That’s a big deal, especially if it turns out the next few year’s numbers are similar.

In reporting this news from AOPA, some non-aviation media outlets went a little off the rails. Bloomberg News apparently started it, with a story headlined, “iPad Apps Help Cut Fatal Crashes of Private Planes to New Lows.” The piece referred to a conversation with John Hansman, an astronautics and aeronautics professor at the Massachusetts Institute of Technology, and stated, “Electronic devices, including aviation applications for Apple Inc. iPads and other mobile devices, are giving pilots much better weather information than just a few years ago.”

It wasn’t long before MacRumors, a tech publication, picked up the Bloomberg story and ran an item with the headline, “iPad and Aviation Apps Helping to Decrease Private Plane Crash Fatalities.” From there, the story migrated to many media outlets, including aviation publications. The thing is, this isn’t really news. Or true.

First off, weather information was available in cockpits well before the iPad came out in 2010. Second, we simply don’t know what specific factors may be contributing to improvements in GA safety, or if they will persist. The data aren’t there. Third, there are so many other things industry has done to improve GA’s safety record—both before and since 2010—it’s impossible to single out one of them for credit.

It wasn’t that long ago that aviation publications, including this one, were cautioning pilots about depending on iPads and diverting their attention to them instead of the airplane. And the NTSB in 2012 formally alerted pilots to the latency involved in displaying Nexrad weather radar imagery in the cockpit.

Have iPads and other portable devices enhanced situational awareness in the cockpit? Absolutely. Can they also be a hindrance? Sure. Have industry and the FAA developed a wide range of other GA safety enhancements? Yes. Is this a complicated subject that can’t be explained in a headline? Also yes.