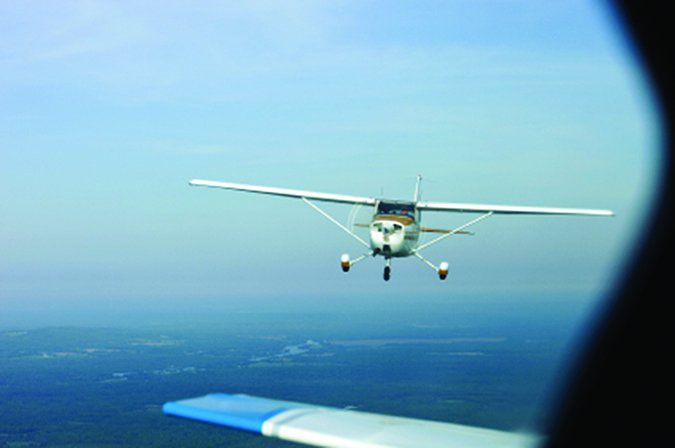 In the Quick Turns section of this month’s issue is a news item on the NTSB’s recent Safety Alert, which suggests pilots should consider increased use of technological solutions as to help prevent midair collisions. The NTSB is encouraging pilots and aircraft owners to adopt and use capabilities like ADS-B In’s free traffic information service, otherwise known as TIS-B.

I’ve been flying with TIS-B for a couple of years now and there’s no question it identifies nearby traffic. When I recently installed an L-3 Lynx NGT-9000 ADS-B In/Out transponder in my airplane, having TIS-B front and center was a key reason I had the shop mount the new box high in the avionics stack instead of at the bottom where my previous transponder lived. After a recent cross-country flight in my plane with two other pilots who were unfamiliar with TIS-B, they both expressed surprise at the nearby traffic the system identified, aircraft they likely wouldn’t have spotted otherwise.

The NTSB’s Safety Alert notes the traditional method of collision avoidance—”see-and-avoid,” or, as I like to call it, “look out the window, dummy”—has limitations. Among them, the Safety Alert lists “human limitations, environmental conditions, aircraft blind spots, and operational distractions,” which the NTSB correctly notes “leave even the most diligent pilot vulnerable to the threat of a midair collision with an unseen aircraft.”

All of which brings us to the question: Is see-and-avoid dead? The emphatic answer is no. In fact, it’s not a contest: Over the years, implementing see-and-avoid easily has prevented far more mid-airs than in-cockpit technologies. What’s not reported in any of the statistics is how many times each year pilots see and avoid a conflicting aircraft. We’d guess it happens scores of times each day. Pilots use see-and-avoid every time they spot another airborne aircraft and either ensure it’s not a threat or maneuver to change their trajectory to avoid the potential conflict. Try flying the traffic pattern at a busy airport—towered or non-towered—without using see-and-avoid. (But let me know first, so I can be at a different airport.)

Midair collisions are not a huge threat. The AOPA Air Safety Institute’s 25th Nall Report, which examined GA accidents in 2013, found only six midair collisions during the year; three of them were fatal, causing seven deaths.

While the risk of a midair collision isn’t great, that doesn’t mean we should ignore it. In fact, all the tools available to us—see-and-avoid, TIS-B, VFR flight following from ATC and active collision avoidance technologies like TCAS—should be employed. Some will be better suited to our operations than others. But see-and-avoid isn’t dead.