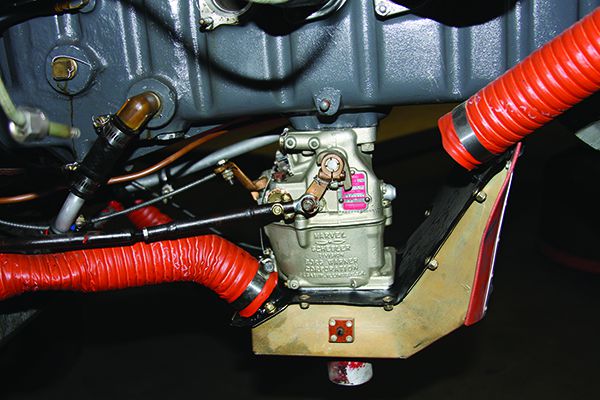 I do a lot of the regular (read: “preventive”) maintenance on my airplanes. For example, I’ve gotten oil changes down to a fine art and usually can perform all the related hands-on tasks in under 30 minutes, including safety-wiring the new filter. I typically drain the used oil overnight, though, and let each plastic bottle of fresh oil drain into the crankcase for a few minutes, to get that last drop. Some call that lazy; some call it cheap. I call it minimizing the amount of motor oil contaminating the plastic recycling stream.

I perform other tasks, too. I’ve refurbished interiors, changed tires, installed new brake pads, replaced failed light bulbs, rebuilt engine monitor harnesses and many other tasks, in part because I can, in part because there’s no maintenance shop on my home airport and in part because I have trust issues with people working on an airplane I fly. That lack of trust has strong roots in seeing some truly hacktackular stuff over the years. I’m also cheap.

My favorite tale of woe involves a club-operated Piper Archer I retrieved years ago from a scheduled inspection. Because I had a life and a job, I was picking up the airplane well after the shop closed and nearing sundown. Another club member ferried me to the shop’s airport, and it would be dark before I got back to the plane’s base.

The first sign of trouble was when ATC couldn’t radar-identify the Archer. That was a problem because the Archer’s base was an airport at which one needs a transponder. The KT-76 was working fine when the airplane was dropped off, but now, after the inspection, it wasn’t. If it had been during the shop’s normal working hours, I would have turned around and given it back to them, but that wasn’t in the cards.

After performing identifying turns to satisfy ATC, I motored off to the destination, landed and taxied to parking without further ado. After whipping the Archer around in front of its tiedown spot and turning off everything, I reached for the mixture control and pulled it to idle cutoff. But the little Lycoming up front kept merrily spinning away, oblivious that it shouldn’t.

By this time, the pilot who had ferried me to the shop had arrived and I motioned to him to climb up on the wing. As he peered in the open door, I told him of the problem, moving the mixture lever back and forth without effect so I had a witness, then just switched off the magnetos, happy that they grounded and the engine finally stopped.

It turned out the belly-mounted spike transponder antenna had somehow broken off at its base, probably because someone working underneath the airplane forgot they needed to take a little extra care. The mixture control apparently had not been reconnected after some procedure. Huh?

Later, that same airplane needed to go to another, closer shop to adjust the pitch trim system, which wasn’t allowing enough nose-down trim to be dialed in. As I waited for the work to be performed, I watched the shop’s technicians use an overhead winch to install the maintenance hangar’s large, heavy heating system. They happened to be working directly above the Archer. I could only watch and cringe as they muscled it into position, knowing the slightest slip of a wrench or winch would total the airplane. Thankfully, nothing dropped or broke, and I flew home later that day with a fully working trim system.

Another time, I asked a mechanic at a fuel stop to check out a Piper Arrow’s landing gear indicator lights, which weren’t indicating. The Arrow’s landing-gear indicator circuit is tied to the panel-lighting rheostat, which means that when the panel lights are dimmed at night, unless they are turned back up in the daytime, the lights won’t be visible. I informed the technician of this, and he played with it for an hour or so, but couldn’t figure out the problem, much less make it work correctly. He eventually concluded that the lights were tied to the rheostat and that there was a problem with the circuit, ignoring that I had told him this exact thing when I turned over the airplane to him.

Of course, I’ve also seen efforts above and beyond the call. A few years ago in this space, I related the tale of broken push-to-talk switches on a Beech Baron I flew into Albany, New York, to visit a friend while out building multi-engine time. Walking unannounced into the nearest maintenance shop the next day to see if anyone could take a look, the owner dropped everything and, less than two hours later, had repaired one PTT switch and replaced the other. He refused payment. His name is Jamie Hildenbrandt, and he’s president of Hildt Aviation, now located at the William H. Morse State Airport (KDDH) in nearby Bennington, Vermont. As far as I know, both PTTs are still working fine.

The point of these tales isn’t to encourage you to undertake performing your airplane’s maintenance, although that’s not a bad thing with the right supervision and tools. Instead, it’s that aircraft owners who involve themselves in maintaining their flivvers beyond just writing the check are going to be more knowledgeable about their condition. Pick a shop with experience working on your aircraft type. Listen to what other owners say about the shops they use. Do owner-assisted annual inspections. Perform simple tasks yourself. And use the savings to buy more avgas.