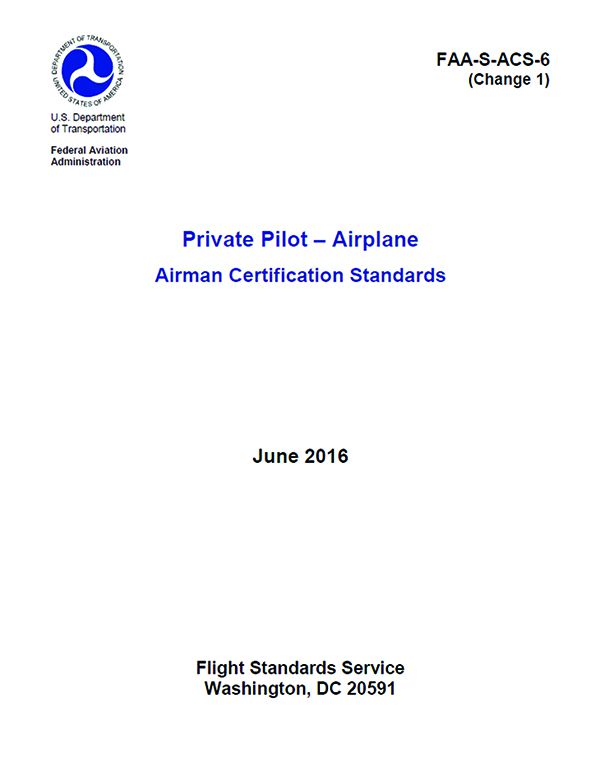 Following up on Robert Wright’s excellent article in September’s issue (“Are The ACS Working?”), yes, I agree that they are working except for one thing, something that I found out about by accident. But first, some background.

During the summer, the Civil Air Patrol (CAP) offers National Flight Academies for CAP Cadets where they go from zero flight hours to hopefully solo in 10 days. This year, the NFAs were cancelled and the cadets were offered virtual ground schools that culminated in taking the private pilot airplane knowledge written exam.

Additionally and separately, the ACS has for each task three sections: knowledge, risk management and skills. What the ACS has done is to pull together all the sections in a coherent way rather than being disparate concepts. Skills are flying skills, which are very similar to the old PTS (practical test standards). Risk management is not new since it was mentioned in the PTS preamble as a general comment rather than assigned in detail to tasks in the ACS. Lastly and supposedly, knowledge items reflect the knowledge test topics. Needless to say, there is overlap among the three sections. Additionally, all the items in the three sections were given unique codes for reference.

Knowledge test reports had codes (Learning Statement Code, or LSC) for the missed questions/areas which, as CFIs, we would have to review with students. The LSCs were simple: calculate density altitude, recall airspace, define crewmember, etc. In turn, the ACS knowledge codes are more verbose. Even though the private pilot airplane ACS was issued in 2016, it was not until January 2020 that the ACS codes were first used in knowledge test reports, at least for the private pilot airplane test, instead of the old, pre-ACS codes.

Fast forward to August 2020. I was reviewing the missed questions from the cadet knowledge test reports. An example:

PA.IV.B.S6 Establish the recommended approach and landing configuration and airspeed, and adjust pitch attitude and power as required to maintain a stabilized approach.

The first one is a knowledge element (okay), the second one is a risk management element (maybe okay) and the last two are (flying) skills elements (not okay).

I was under the impression that I would only see knowledge codes (the K in the code) but I saw R for risk management and S for flying skills. Here is what I think happened.

The knowledge questions were not updated to better reflect the ACS but the FAA had to remap the existing questions from the LSC to the ACS codes. Perhaps the questions did not all fit within knowledge codes or they were mismapped.

I contacted the FAA to learn if there was an explanation. I was told they were not aware of the mismatch but they did say the written exams could have both knowledge and risk management questions, but no skills questions. When I pointed out it appears that’s not the case, at least with the test report I reviewed, the FAA manager I spoke with said the agency is going to take a look at it.

So far, I’ve only looked at private pilot knowledge test reports, so I don’t know about other ACS such as for the instrument rating or commercial certificate.

There is another, less-critical issue associated with the transition to ACS: The private pilot ACS includes both category and class ratings, but the knowledge test is class-free, meaning that you would not expect to see specific questions for seaplanes, or for multi-engine vs. single-engine airplanes. I would assume that class-specific knowledge and risk management topics would be covered during the practical test.