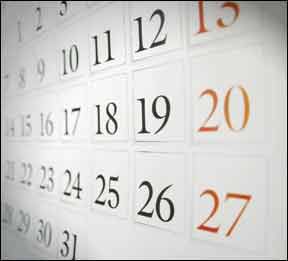 One of the year-end rituals in which most of us engage is looking back on what was and thinking of ways we can make improvements during the next 365 days. Although the official NTSB statistics aren’t yet available, there’s enough available evidence to say certain civil aviation segments are wrapping up a pretty good year. Others, not so much.

The good news is commercial aviation is coming off one of its safest years ever. In fact, the Aviation Safety Network, an independent organization affiliated with the Flight Safety Foundation, noted 2011 marked the longest period on record—80 days, from October 13 through December 31—without a fatal airliner accident throughout the world. In the U.S., of course, and in other countries with highly developed air transportation systems, the record is even longer. As this issue was being prepared in early January, that record was still counting up. The bad news, of course, is that non-commercial aviation still manages to bend aircraft with some regularity.

In fact, and according to non-commercial aviation safety analyst Robert E. Breiling, as reported by the Wall Street Journal, “U.S. fixed-wing business aircraft operators posted a slightly worse safety record in 2011.” One reason apparently involves a slight increase in operations among U.S.-registered business jet and turboprop operators, which can’t make up for the unfortunate increase in related accidents: from 48 in 2010 to 57 last year.

Of course, we track monthly trends and report year-end numbers via the “By The Numbers” chart, on page 27 this month, which uses NTSB summary data to present a “how goes it” snapshot of all U.S. civil aviation accidents. (This month’s chart depicts October numbers, since the NTSB hasn’t updated its data recently.)
In fact, the NTSB in mid-December finally got around to tabulating preliminary transportation accident statistics for 2010. According to the board, total U.S. aviation fatalities in 2010,  472, were down when compared to 2009’s 542. General aviation continued its major contribution to these numbers, of course, with 478 fatalities in 2009 and 450 in 2010. If the October numbers we’re publishing continue their trends, 2011 will be only slightly better than 2010. One interesting question will be whether the poor showing apparently posted by non-commercial business aircraft operators in 2011 will garner any government attention.

No, perfection isn’t realistic, even though some keeping tabs on commercial operations have come to expect it. Yes, we can and should be doing better. No, we aren’t going to suggest everyone adopt a safer 2012 as their New Year’s resolution. But it wouldn’t be a bad idea.