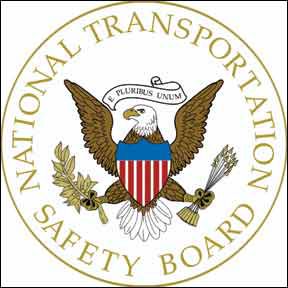 A few items of interest crossed my desk in recent weeks, leading to a variety of reactions and thoughts, plus a few rants and smiles. Bear with me for a moment, because all this stuff is linked together.

First out of the chute: The NTSB in April released its aviation accident statistics for 2010. As has been the case in recent years, the news for general aviation is mixed.

The really sobering stat is the number of flight hours the NTSB used to compute the accident rates, which is both preliminary and subject to change: 20.9 million flight hours are presumed, so far, during 2010, versus 20.862 million in 2009. Theres not much difference in those numbers (flight hours flown in 2009 can be presumed final), indicating the industry still is hurting as a result of overall economic doldrums. We flew a bit more safely last year-at least until activity numbers are finalized-but only incrementally so. As the NTSBs press release announcing the statistics noted, “The decline in general aviation accidents in 2010 continues its downward trend, but this sector still accounts for the greatest number of civil aviation accidents and fatal accidents.”

In early May, the Society of Aviation and Flight Educators, Inc. (SAFE), convened in Atlanta a two-day symposium, “Securing the Future of General Aviation through Pilot Training Reform.” Next months issue will include an article on the event by contributor Bob Wright, who participated in it.

Without stealing Bobs thunder, the symposium focused on identifying shortcomings in the general aviation flight instruction regime, its institutions and systemic problems. For example, many observers have long argued the vast majority of active flight instructors arent that experienced at their craft. Instead, theyre airline-pilot wannabes, using other peoples money to build enough time to get hired by a carrier and begin their long climb to the left seat.

Thats a time-honored progression, but its perhaps not the best way to train pilots who soon may be in charge of a highly automated 200-mph craft seating four or six people.

At the same time, AOPA late last year kicked off its AOPA Flight Training Student Retention Initiative, one designed to increase “the percentage of students who earn a pilot certificate.” The association believes one of the solutions to the perennial problem of those who start their flight training but never complete it is the lack of “a positive flight training experience.” The AOPA effort is designed to “help student pilots achieve their goals while growing the pilot population and strengthening general aviation.”

Theres no question the industry wont have a bright future if something isnt done to reverse the student-start and -completion trends, nor is there little argument we all need to do better at promoting and preserving personal aviation. At the same time, SAFEs approach is focused more on the flight-training experiences quality: If we cant properly train people to fly a personal airplane, so the thinking might be summarized, why should anyone want to learn how in the first place?

Is there a fundamental difference between SAFEs and AOPAs approach? Sure. Are they in conflict? Not a bit; in fact theyre complementary: Promoting aviation safety is synonymous with promoting aviation, and vice versa.

Way back in the Dark Ages, when I learned to fly, I was fortunate to have my fathers encouragement, backing and experience, plus some grizzled veteran pilots/instructors from whom I could learn. Ironically, the CFI signing me off for my private checkride was new to the role: I was her first recommendation for the private ticket.

I dont know what all the solutions will be; Id guess no one else does, either. But its clear to me the flight training “experience” needs serious work, as does the institution of the youngish flight instructor-him- or herself lacking in overall experience-doing the lions share of the work to prepare primary students to go out on their own.

Some wags point to the lack of air conditioning in the vast majority of training aircraft, and the stark differences between the modern automobile and the average trainer when it comes to creature comforts. Those are valid observations. But why would someone even bother learning how to fly, given the safety record we apparently have come to accept?

Bottom line: The two issues-the quality of the flight training experience and the quality of the instruction received-are inextricably linked. Like one definition of insanity, until we fix them both, well continue repeating our mistakes.