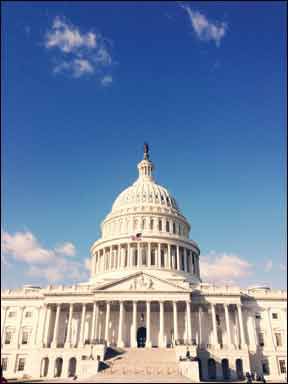 The average small airplane in the United States is now 40 years old and the regulatory barriers to bringing new designs to market are resulting in a lack of innovation and investment in small airplane design.” So states one of the findings in a new bill introduced May 7 in the U.S. House of Representatives by Rep. Mike Pompeo (R-KS) and four cosponsors. The bill, H.R. 1848, is named the “Small Airplane Revitalization Act of 2013,” and its main goal is for the FAA to finalize its ongoing effort to rewrite FAR Part 23, regulations on certification of small airplanes, by December 31, 2015.

The bill directs the FAA to “use acceptable consensus-based standards whenever possible” to achieve objectives reached by the agency’s Part 23 Reorganization Aviation Rulemaking Committee (Part 23 ARC). Comprised of industry and government representatives, the Part 23 ARC was created in August 2011 to revise and reorganize existing small airplane certification requirements. It delivered its final report to the FAA just days before Pompeo, the congressman from Wichita, introduced his bill.

Among the Part 23 ARC’s objectives the bill seeks to implement are creating “a regulatory regime for small airplanes that will improve safety and decrease certification costs,” replacing “requirements contained in FAA rules with performance based regulations,” and using “FAA-accepted consensus standards to clarify how the Part 23 safety objectives may be met by specific designs and technologies.” That sounds a lot like the regulatory philosophy underpinning the light sport aircraft rules adopted in 2004 and essentially is an effort to deregulate small aircraft certification. By reducing small-aircraft certification complexity and cost, the manufacturing industry hopes to attract more customers for its products.

There’s no question in my mind general aviation needs revitalizing. The General Aviation Manufacturers Association, GAMA, notes the U.S. private pilot population has declined at an average rate of 10,000 per year since 1990. And there’s also no question that reducing or eliminating medical certification, inspection and equipment installation rules for owner-flown aircraft weighing under, say, 6000 pounds, would help.

Anything that reduces the cost of flying is good and reducing Part 23’s complexity certainly is one piece of the revitalization puzzle. But any time any industry pushes to relax or eliminate regulation of its products, I get nervous about the unintended consequences. For example, deregulating the airline industry reduced ticket prices but also reduced service quality. And we all know how deregulating the financial industry turned out.