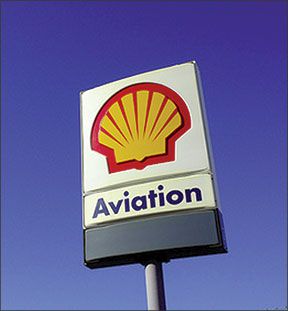 I hope you’re sitting down for this: The U.S. House of Representatives actually passed some legislation a few weeks ago. Even more amazing is that the bill, the Small Airplane Revitalization Act (SARA), now has been signed into law. The new law requires the FAA to implement recommendations made by the agency’s Part 23 Reorganization Aviation Rulemaking Committee (Part 23 ARC) before December 31, 2015.

According to the General Aviation Manufacturers Association (GAMA), the Part 23 ARC’s goal was “to double safety and cut certification costs in half” for GA airplanes. The new law is a win for GA, according to GAMA’s President Pete Bunce, who said it will help the industry “benefit more rapidly from new safety-enhancing technologies.”

Another recent development with great potential for favorable impact on GA was Shell Aviation’s announcement it has been developing a lead-free aviation gasoline. It’s the first time a major energy company has publicly stated it’s working on alternatives to 100LL, although Shell—alongside ExxonMobil—participated in another of the FAA’s aviation rulemaking committees, the Unleaded Avgas Transition ARC. Shell said it looks forward to “working alongside our technical partners and authorities to progress the necessary approvals needed to make this product a reality for use in light aircraft engines of all types.”

The practical impact of these events won’t be known for some time. Perhaps one way to summarize the Part 23 ARC’s recommendations and SARA’s mandate on the FAA is to think of applying to certificated Part 23 airplanes, the kind most of us fly, the same kind of industry standards under which light sport aircraft production is regulated.

That said, there are many unknowns. Perhaps most interesting will be the extent to which, if any, reducing the regulatory burden on new airplanes and aviation products will trickle down to in-service aircraft certificated under older rules.

Meanwhile, the process of approving at least one unleaded avgas got something of a boost with Shell’s announcement, and not just because of the fuel itself. Indeed, Shell’s now-public participation in the search for an unleaded avgas means the company also is thinking about the certification hurdles ahead, plus how the new fuel can be economically manufactured in bulk, transported to airport fuel farms and used alongside 100LL during a transition period. Together, these two developments are some of the best news the industry has heard in a long time. — Jeb Burnside