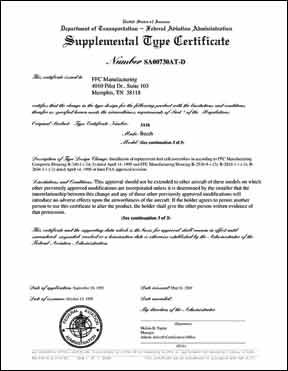 Unless you’ve been out flying the last few months, you’re probably aware 2012 is a presidential election year in the U.S. Take away all the posturing, the debates and the incessant television ads, and the average GA pilot is left with…temporary flight restrictions, or TFRs. The fun begins in earnest about the time you read this, with the GOP convention in Tampa, Fla., followed quickly by the Democrats’ confab in Charlotte, N.C. Even if you don’t live near one of those areas, an election-related TFR can pop up near you just about any time. What’s a pilot to do?

Check Notams before any flight, for one. Comply with their provisions, for another. Major events like the two parties’ conventions have been in the planning stages for months and, just before this issue of Aviation Safety went to the printer, the FAA published a four-page “flight advisory” for each, advising pilots what to expect. Those documents will be followed up with a formal Notam a few days before each event.

By way of those flight advisories for the conventions, the FAA wants you to know pilots who do not follow the specified procedures “may be intercepted, detained and interviewed by law enforcement/security personnel.” Additional actions possible against a pilot failing to comply with the requirements can include “civil penalties and the suspension or revocation of airmen certificates,” “criminal charges” and/or “deadly force against the airborne aircraft.”
As stupid and silly as all this is when applied to personal aircraft, the people tasked with airspace security are serious about their jobs, and they’d like to keep them. And don’t expect any slack from ATC if you wander into one of these TFRs.

Don’t expect any slack from us, either. Like it or not, we’ve all been living with the “airplanes are terror instruments” concept 11 years this month. All pilots using U.S. airspace should have gotten a clue by now that—reasonable or not, fair or not—TFRs, Notams, no-fly zones and all the other “blowing snow” accompanying them are here to stay. If you don’t like it, or can’t be bothered to call Flight Service or read through a Duat briefing, don’t take off.

If you choose to ignore all this and get intercepted in airspace protected for a presidential candidate, it will make national news. When it does, people will think something along the lines of “there goes another one of those rich, know-nothing pilots” and he or she will be left with an unfavorable impression of general aviation. Ultimately, that will work against you and me, with the possibility of the FAA/TSA/DHS imposing additional restrictions I will not like. If that happens thanks to your inability to check Notams, I will hunt you down. Not really. Well…maybe not.