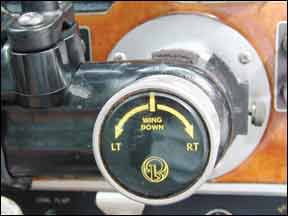 We all love to bash the FAA, if for no other reason than the agency is so…bashable. Still, our favorite aviation agency also has done a few things right over the years. Its owner-produced parts policy, which allows owners to fabricate comparable but unobtainable components, is a good example. Recently, two other examples of the FAA doing something right came to light, even after initial signs were that it wouldn’t. Sadly, another example arose which, if implemented, appears to be a step backward.

The first right item involves inspector authorization (IA) renewals. The IA designation to a technician’s airframe and powerplant certificate means he or she can return to service aircraft after their annual inspection is completed. For Part 91 operators, the annual inspection is a necessary step ensuring continued legal airworthiness.

The FAA’s recent action resolves interpretation of what constitutes being “actively engaged” in performing inspections. In November 2010, the agency proposed to define the term in such a manner that it raised fears many IAs who are not engaged full-time in providing aircraft maintenance services would not be renewed. Instead, and as of September 6, 2011, the FAA’s definition of “actively engaged” includes “not only part-time employment but also occasional activity, which does not require employment and can occur on an infrequent basis.” That’s a win for the industry and a sound decision by the agency.

The other example of “doing the right thing” came in early September, when the FAA published its revisions to FAR Parts 61, 91 and 141. There are several changes to these regulations, which become effective October 31, 2011, but I want to highlight one of them, which revises FAR 91.109.

Prior to the recent change, 91.109 prohibited most flight instruction in single-control airplanes, including “throwover yoke” Bonanzas, Debonairs, Barons and Travel Airs. (Full disclosure: I own and operate a “throwover yoke” airplane.) The previous prohibition in 91.109 meant I could not receive basic flight instruction, instrument instruction or even a flight review in my own airplane without temporarily replacing the throwover yoke with a dual one, or without the instructor obtaining a written waiver from the FAA.

These decisions are not at all unlike another one the FAA made several years ago when it took over the government’s aeronautical charting function from the National Ocean Survey, an agency within the Department of Commerce. Once the transition to FAA operation and management was complete, the agency also began making various chart products available on the Internet, free for the download. Eventually, all of the FAA’s digitized chart products were made available on the agency’s Web site, also free for the download. Operators also may purchase either a DVD-based product including the digital files or the actual paper charts and other publications, either from the agency directly or via retailers like your local FBO.

Availability of the FAA’s electronic chart products not only made it easier and less expensive for operators to obtain and maintain their chart libraries, it also had the perhaps unintended effect of creating a cottage industry of sorts, which aggregated the chart products and packaged them for use in the cockpit on various hardware platforms. Initially, e-book readers like the Kindle were extremely popular platforms; now, the iPad has swept aside most of the competition.

Thanks to the FAA’s enlightened policy of making this data available to download, aggregators were able to obtain the new files as soon as they were available—and this is key—up to 17 days before they became current with the new charting cycle, free for the download. Now, however, the next charting cycle’s data won’t be available for free download until 24 hours before it becomes effective. This change was announced by the FAA discreetly, on related Web pages, in mid-August. Importantly, the electronic charting data would remain available 17 days before the new cycle’s effective date for those customers willing to purchase it.

To date, we’re aware of at least one aggregator who will discontinue making the FAA’s chart products available. Others may be affected, also. The FAA told us this change results from “the need to have a consistent distribution of our products to the public” and that “more significant policy changes will be announced,” including at an upcoming conference.

Put aside the possible safety impact to operators, especially for those needing more than 24 hours to obtain and distribute the data before its effective date. Going forward, an industry the FAA basically created—chart aggregators who package and add value to the basic data—now will be paying to-be-specified amounts if they want to continue publishing before the effective date. We’d also expect other aggregators to quit the business, further stifling competition in electronic chart publishing. Which probably is what someone wants.
All of which looks like a step backward to us.