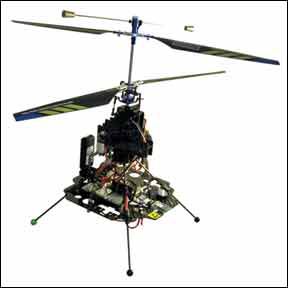 At long last, Congress in February passed and the president signed into law multi-year legislation reauthorizing the FAA. The FAA Modernization and Reform Act of 2012 was several years in the making; the FAA had been operating under temporary funding since the mid-2000s. It’s set to expire in four years, though, so we’ll get to go through this process again in the near future.

The new law includes a wide-ranging set of provisions. For example, it mandates new pilot certificates bearing a photograph of the holder. It also directs the FAA to allow the use of small (no more than 4.4 pounds) unmanned aerial vehicles (UAVs) by law enforcement agencies within 90 days of its enactment and includes a tightly defined timetable for the agency to develop a regulatory framework for larger craft to mix and mingle in the national airspace with the kinds of machines you and I fly. By September 30, 2015, that new set of regulations must be in place, according to Congress, and must allow private operation of UAVs.

The new law was enacted on February 14, 2012, meaning the provisions  allowing law enforcement agencies to use small UAVs will go into effect in mid-May, about the time you read this. Under the new law, a “government public safety agency” will be allowed to operate small, 4.4-pound UAVs within the line of sight of the operator, at less than 400 feet agl, during daylight conditions, within Class G airspace and outside of five statute miles from any “airport, heliport, seaplane base, spaceport, or other location with aviation activities.”

Putting aside the privacy implications of the new law—and there are several, all of them beyond our expertise—the new law also puts the FAA on a fast track toward testing and approving the vehicles as well as the methods, locations and manner in which much faster and heavier UAVs may be operated. Those UAVs must be able to “sense and avoid”—remain a safe distance from and to avoid collisions with other airborne aircraft.

How the brave new world of UAVs in the national airspace will fit together is anyone’s guess at this point. Regardless, Congress made it clear it wants UAVs in the airspace, soon.

Yes, there will be an accident involving a manned aircraft and a UAV resulting in serious injury or loss of life. There will be violations of the altitude and airport-proximity strictures in the new law. If any accident involves a personal aircraft, it’s likely its pilot, not the UAV operator, will be found at fault, at least initially. It’s just a matter of time. How all of this will be overseen and regulated by a chronically understaffed and underfunded agency remains to be seen.

If there’s a bright side to any of this, I haven’t found it. I suppose we all can try finding employment as UAV pilots. Better brush up on our flight simulator skills, I guess.