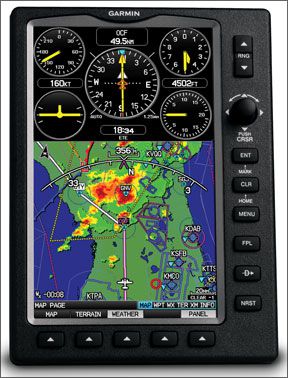 There is some really neat technology available on the general aviation market today, including some stuff that wasnt dreamed of a few short years ago. Even if it took a while, the microprocessor revolution finally made it to the average GA cockpit and, along with satellite-based broadcasting, has revolutionized the way we fly.

One of the industrys success stories is the near real-time weather data available in the cockpit from sources such as XM Radio and WSI: Even some airline cockpits dont have this stuff. Garmin and others have helped along this “revolution” by marketing innovative products incorporating datalink capability and sold them by

the thousands. Unfortunately, customer support-along with realization of how indispensable this data stream has become to operators and a concomitant corporate responsibility-havent followed.

These failures on the part of Garmin and XM were borne out in early January when an apparent programming glitch blanked weather-data screens throughout the U.S. Literally overnight, thousands of Garmin-brand GPS navigators subscribed to XM Weather were unable to download data. To the extent anyone could get an answer for a few days, Garmin blamed XM and XM blamed Garmin. The lack of information from either of the two companies was stunning, especially given the ways in which these products are used.

The problem apparently stemmed from a combination of custom programming in some early Garmin-label XM antennas along with a change in XMs audio channelization. Those subscribing to both XMs weather data and its audio programming didnt seem to have the problem. Non-Garmin equipment didnt, either. On January 6, Garmin, without fanfare, made available a system software update it says will improve “XM data validation for XM subscribers with weather data only” and update GXM30 antennas.

Theres no question Garmin and XM have unleashed a hardware/software solution greatly enhancing operational safety and utility. Customer service? Not so much. Over the few days the problem existed, Internet user groups exploded with tales of woe, many of them compounded by the lack of information. It was a case study in how not to handle customer relations.

Whether they like it or not, Garmin and XM have created a service on which operators have come to depend. Now, they also need to develop a method to advise of system outages. A simple message displayed on the screens would suffice. Meanwhile, the FAA should distribute an appropriate Notam (while it fixes that system, also).

The two companies may not have foreseen the services popularity, but they surely hoped for it. Now, they need to step up and recognize how operators depend on what theyve created. They should have been more careful what they wished for.