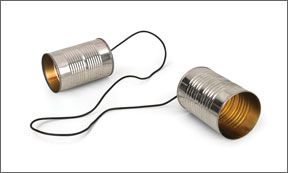 For years, Flight Service Stations have been the “Rodney Dangerfields” of general aviation: they got no respect, no respect at all. Some of that began to change in 2005, when Lockheed Martin took over operation of 58 Automated Flight Service Stations from the FAA. Slowly, things began to get better: Wait times shortened, briefers tried harder, fewer flight plans got lost. In recent months, I noticed what I consider substantial improvement at the Leesburg (Va.) facility and others.

All that began to decline again earlier this year, however, as hold times lengthened and briefers were clearly more harried and under greater pressure than before. But in April, the bottom fell out. Suddenly, wait times got longer. Briefers clearly wanted me off the phone as soon as possible-gone were the days of a friendly chat or the opportunity to express a deeply felt thanks for their service. Since then, unbelievably, its gotten worse.

The overall problem is Lockheed Martin is consolidating the 58 facilities it took over in 2005 down to 20, including three regional hubs. As we wrote in our May 2005 article, “the bottom line is not whether the job can be done for less expense and with greater efficiency, but whether safety will be enhanced as a result.”

When we prepared that article, Lockheed Martin representatives told us their plans included beginning their consolidation efforts in earnest this spring. As we wrote at the time, “Lockheed Martin says it plans to have the three hubs online by April 2006. The remaining consolidation will occur over the following 18 months, with the company working to meet a loose deadline of April 2007 or so to have completed this initial phase of its contract.”

According to AOPA, one of the bottlenecks in the consolidation is the need to train employees to use the new automation equipment: “Before each facility is closed, half of the [employees] leave for two weeks of training. Once a facility does close, the other half go in for training. This means four weeks of localized disruption….” AOPA admits the consolidation isnt “happening in a geographically uniform way. Instead of having a call transferred to the next closest station, it goes to the next available briefer who might be all the way across the country.”

Were all in favor of increased automation, better training and facility consolidation if it means better service to pilots. And, for a while, it seemed to. But this is probably going to get worse before it gets better. So far this year, weve been dealing with the threat of user fees. Now this.

Its almost as if theyre trying to get rid of us.