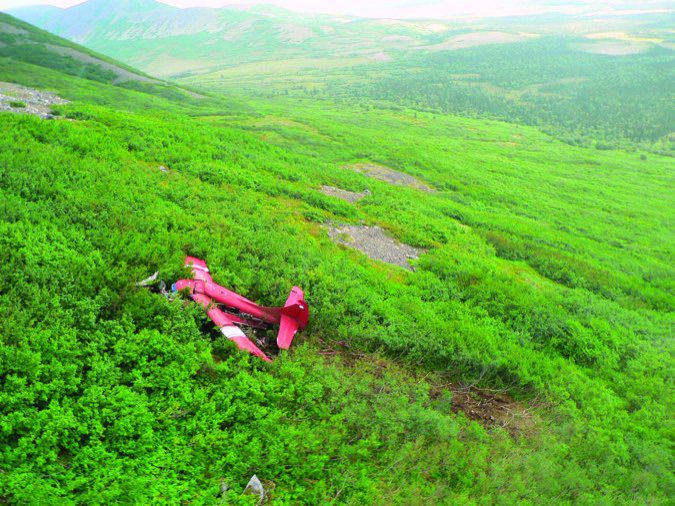 It’s easy to look at controlled flight into terrain (CFIT) accidents as the kind you’ll never get into. Sure; you may suffer an engine failure from contaminated fuel, or scrape a wingtip while landing in a stiff crosswind or even forget to put down the gear before landing. But flying a perfectly good airplane into the side of a mountain? Never happen. The thing is, I’m relatively certain every pilot who was ever involved in a CFIT accident said the same thing at one point or another, perhaps right up until the moment a tree trunk came through the windshield.

The point is that a CFIT accident can happen to the best of us—and the worst. All it takes is loss of situational awareness, perhaps some bad weather and the misplaced confidence that all is well, that there’s nothing to worry about and that the last thing that will happen is flying into terrain.

The NTSB defines controlled flight into terrain, or CFIT, as: “When an airworthy aircraft under the control of the flight crew is flown unintentionally into terrain, obstacles or water, usually with no prior awareness by the crew.” A lot of what we know about these accidents comes from the recording devices available aboard larger transports required to have them. Invariably, these were crewed aircraft, those being flown by two or more pilots.

At the same time, those accidents share many common factors when single-pilot general aviation operators are involved in CFIT, with the principal difference being there’s no second pilot available to question the airplane’s trajectory. The sidebar below lists 12 factors common to CFIT among GA (i.e., single-pilot) operations. This month’s accident features some of them and might serve as a poster child for CFIT involving a GA aircraft.

On March 26, 2015, at about 1220 Mountain time, a Canadian-registered Piper PA-32R-301 Saratoga collided with mountainous terrain about 16 miles northeast of Townsend, Mon. The private pilot was fatally injured; the passenger was seriously injured. The airplane sustained substantial damage. A mix of visual and instrument conditions was present along the route.

The flight received VFR flight-following services from the non-radar approach control facility at Helena, Mon. At about 1220, the pilot reported reversing his course due to clouds in the area. Shortly thereafter, the controller lost communications with the pilot, a not uncommon occurrence for the location.

The passenger later stated weather closed in and they were soon in the clouds. She recalled the pilot turning the airplane right to try to exit the clouds and heard the pilot tell ATC they were turning around. She heard a computer voice inside the cabin state “terrain,” followed by a partial “terr…,” and then the airplane impacted the wooded, snow-covered terrain. The passenger used her cell phone to contact local authorities and report the crash.

The accident site was at an elevation of 8350 feet msl. A 300-foot-long debris field was oriented on a heading of about 350 degrees magnetic. Review of radar data revealed a target consistent with the accident airplane traveling on a southbound heading at an altitude of 8450 feet msl before climbing over the next 10 minutes to about 9500 feet.

Two minutes later, the target initiated multiple turns while climbing to 10,125 feet over mountainous terrain with peaks reaching 9400 feet. The last two minutes of the radar track depicted the target heading southbound and paralleling a ridgeline while descending to an altitude of 9300 feet before disappearing from radar. After detecting the airplane’s emergency locator transmitter, a search-and-rescue team reached the accident site at 1810. The team reported encountering severe winter weather conditions.

The 632-hour private pilot earned his instrument rating when he had 24 hours of experience in actual IMC. At the time of the accident, he had logged a total of 27 hours of instrument time, none of which were in the last 90 days.

Examination of the airframe and engine revealed no evidence of mechanical malfunctions or failures that would have precluded normal operation. The airplane’s equipment included an iPad with terrain avoidance software. This software likely provided an audible voice alert of “terrain” during the accident sequence.

The pilot received official weather briefings for the flight from Lockheed Martin Flight Service both by phone and electronically. The telephone briefing included the presence of clouds along the route of flight and Airmets for turbulence, icing and mountain obscuration. VFR flight was not recommended in areas of higher terrain with mountain obscuration.

None of the weather information obtained specifically mentioned the possibility of mountain wave activity over the mountainous terrain. A simulation considered weather conditions surrounding the accident site at the accident time. The simulation indicated the flight likely encountered downdrafts with a velocity between 500 and 900 fpm in the accident site area.

The NTSB determined the probable cause(s) of this accident to include: “The pilot’s decision to depart on and to continue a visual flight rules flight over mountainous terrain into instrument meteorological conditions, which resulted in controlled flight into terrain. Contributing to the accident was the pilot’s lack of recent instrument flight experience, which exacerbated his difficulty in maintaining control of the airplane while encountering downdrafts and mountain obscuration conditions.”

It should come as no surprise that this accident features some common risk factors associated with CFIT accidents: A VFR-only pilot (who possessed an instrument rating but lacked currency and obviously was trying to maintain VFR), mountainous terrain at least partially obscured by clouds and strong up- and downdrafts associated with relatively stiff winds.

This accident could have been mitigated if the pilot had chosen a different route, one avoiding high terrain, or if he had waited for better weather. Once aloft and over the mountains, windy conditions forced the airplane into rough, disorienting air. The correct decision—to turn around—ultimately was made, but it came too late to do any good.

A February 2000 report from the General Aviation Controlled Flight Into Terrain Joint Safety Implementation Team included a list of 12 risk factors associated with CFIT when VFR pilots operate in areas of reduced visibility. They include:

(4) Inability of the pilot to operate the aircraft at its minimum controllable airspeed.

(5) Getting lost or being off the preplanned flightpath and impacting terrain or obstacle.

(6) Reduced pilot reaction time in the event of an aircraft maintenance problem because of a low or lowering altitude.

(7) Failure to adequately understand the weather conditions that resulted in the reduced conditions.

(9) Failure to comply with appropriate regulations.

(11) Increased risk of hitting one of many new low-altitude towers installed for cellular telephones and other types of transmissions. This risk is especially great along major highways if VFR pilots try to follow a highway when lost or trying to stay under a lowering ceiling.

(12) Failure to turn around and avoid deteriorating conditions when first able.