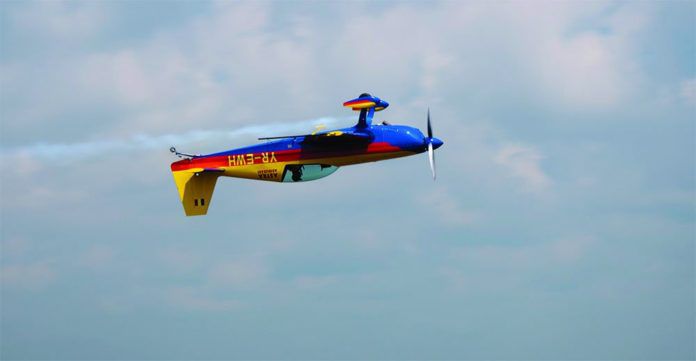 The airspeed indicator always has been one of a pilot’s most useful tools for measuring aircraft performance. It’s colorful, with white and green, maybe a pair of red lines and a blue one, and maybe some yellow. And there’s that big white needle we use for bragging rights. Early on, we were taught some of the most important speeds we need to know and use aren’t marked on it. One of them is the airplane’s design maneuvering speed (VA), sometimes confused with the turbulent air penetration speed, which perhaps is better known as design speed for maximum gust intensity (VB).

But is there a difference between VA and VB? What is it, and when do you use them? Why? Which should we be concerned more with as a pilot, and when? And airplanes are stressed to lower negative-G limits than their positive G-load limit—what about negative-G encounters in turbulence? Let’s look at the operational reality of airspeed and G-load control in turbulent air.

The FAA’s Airplane Flying Handbook (AFH, FAA-H-8083-3B) defines design maneuvering speed as “maximum speed at which the airplane can be stalled or full available aerodynamic control will not exceed the airplane’s limit load factor.” Interestingly, the FAA’s definition of VA has nothing to do with flying in turbulence.

As the definition states, VA is the maximum speed at which the pilot can safety apply abrupt control deflections. At or below VA, a rapid-onset push or pull on the elevator control to the stops, or a swift roll of the aileron control or rudder to one extreme or the other, will not exceed the airplane’s certificated G load. An airplane operating at or below VA in the utility category, for instance, will stall before exceeding 4.4G. The same rapid, maximum control deflection at a speed even slightly above VA will be greater than the 4.4G certification limit.

Design maneuvering speed is a certification value that assumes maximum airplane weight by definition and does not change. What we might call the “VA effect,” however, is that stalling speed decreases with reductions in airplane weight. Therefore, it’s important to understand the airplane’s G limits may be exceeded below the airplane’s published VA speed when fully and abruptly deflecting the controls at light weights.

As a percentage of KIAS, the VA effect speed decreases by roughly half the percentage of weight reduction. Presume you’re flying a Beech A36 Bonanza with a 3600-pound maximum gross takeoff weight and a published design maneuvering speed of 141 KIAS. If its current weight—not its actual takeoff weight—is 3300 pounds, or eight percent below MGTW, the adjusted VA is about four percent less than 141 KIAS, or roughly 135 KIAS. The precise formula is presented in the sidebar above.

When do you use VA or the weight-adjusted VA effect speed? When maneuvering the airplane with large, abrupt control inputs. For example, slow the airplane to fly chandelles and Lazy Eights (though when done correctly, you’ll be making smooth and often small control input). Definitely don’t dive the airplane to a high speed and then haul back on the controls. If you’re lucky, you’ll enter an accelerated stall. If not, you might cause structural damage to the airframe. If you’re going to maneuver sharply, do so at or below the weight-adjusted VA speed.

Our other speed, VB, sometimes identified as VTURB, is the speed we’re often thinking about when we discuss the VA effect, at least in the context of bumpy air, since VB is a recommended turbulence penetration speed for a light aircraft in severe or extreme turbulence. The regulations leave it up to the aircraft manufacturer whether to identify a VB speed. If it does, VB must not permit exceeding published VA in airspeed increases caused by gusts, nor fall below VS1 (flaps-up stall speed) in airspeed decreases caused by gusts.

Confused? Don’t be. It’s highly likely your airplane’s manufacturer didn’t define its VB. So choose a weight-adjusted VA speed so that, when the aircraft encounters strong turbulence, the wing will momentarily stall before the aircraft reaches its maximum design load. In other words, the wing will automatically shed G-loading before it incurs G-induced damage. As soon as the load is shed, the angle of attack reduces and the wing again generates lift.

What about negative G?

To explain, let’s look at a sample of what’s called the V-N Diagram. The V-N Diagram (V for velocity, N the standard symbol for “force”) plots airspeed against G load to define the airplane’s maneuvering envelope. Sometimes it’s called the V-G Diagram, with G standing for G load. An example is on the opposite page.

Let’s say the airplane encounters a given gust of turbulence that imparts some amount of force upon it. Whether that force is experienced as a positive or negative load is determined by any number of factors. Since you’re starting from the 1G line—not at zero G—there’s less of a buffer between steady-state flight and the positive-G limit, and more of a buffer between steady flight and the negative-G structural damage point, than you might think (Reference 4).

In a utility category airplane (as in the sample diagram) the limits are +4.4G/-1.76G. At VA, then, there is a 3.4G buffer between steady flight and a stall at the maximum G limit, and a 2.76G buffer between steady flight and the negative G limit. In a normal category airplane (+3.8G/-1.52G) there is a 2.8G buffer in the positive and 2.52G buffer in the negative. In both normal and utility categories, the protection in positive and negative gusts is close to the same. This suggests flying a bit slower than VB (weight-adjusted VA) gives you the protection you need in greater-than-moderate turbulence. In this V-N Diagram example, 20 mph (17 knots) below published VA results in about the same protection against damage from positive and negative gusts (Reference 5), with the accelerated stall occurring at a lower total G.

Slow down even more and you’re actually safer in the negative G loads, but you are very close to an accelerated stall under positive loads.

Remember that maximum loads are usually significantly lower with flaps extended. You may want to lower retractable landing gear, as appropriate, to increase stability in turbulence. But leave the flaps up unless there is a specific recommendation otherwise in the airplane’s flight manual.

So how can you use this information? When should you slow the aircraft? This is the message I believe that most pilots don’t get: To avoid overstressing the airplane, you must be at or below VB before your first turbulence encounter. You don’t get one free bump before significant airframe damage may occur.

So you need to slow down if you suspect you will enter conditions where you might experience turbulence. Coming up on a line of cumulus? Climbing or descending through an inversion? Descending into thermals, or when the surface winds exceed about 25 knots? Flying into areas of reported wind shear? Slow to less than the turbulent air penetration speed before getting into areas of suspected turbulence.

How much less? If you’ve ever encountered strong turbulence, you know that the indicated airspeed may vary significantly as you pass through the wind’s shear zones. You need to be at a speed that allows the greatest indicated airspeed in the bumps is still below weight-adjusted VB, and the slowest indicated speed in turbulence is well above flaps-up stall speed. Your target airspeed in turbulence—or when you suspect turbulence—should be 20 to 25 knots below the published VA or VB speed as adjusted for weight, or halfway between the weight-adjusted turbulent air penetration speed and VS1, whichever provides a greater stall margin.

For example, in that A36 Bonanza at 3300 pounds, VA is 141 KIAS and adjusted VB is 135 KIAS. I’ll want select a target of 110 KIAS to provide plenty of margin below VB and above an accelerated stall that might occur well above VS1.

To make the ride easier on you and your passengers, slower is better, as long as you remain fast enough the airplane does not reach or exceed its positive or negative design limit in gusts, and knowing that an increased-G (i.e., accelerated) stall happens at higher speeds than the POH/AFM may suggest. That’s what you need to know about VA, VB and negative G.

Tom Turner is a CFII-MEI who frequently writes and lectures on aviation safety. Learn more at mastery-flight-training.com.