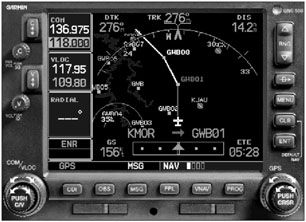 Every day a new temporary flight restriction (TFR) pops up in the National Airspace System, usually in connection with a political event of one sort or another. By their very nature, these TFRs do not appear in the databases distributed every 28 days to update users GPS installations. The result, of course, is that these TFRs simply do not appear on moving map displays from Garmin or other manufacturers, nor are they plotted on paper charts. Nevertheless, youre expected to stay out of them.

While the airspace may be temporary, the consequences of penetrating a TFR-especially those so-called Presidential TFRs created under FAR 91.141-can be permanent. They can include a 120-day suspension of your pilot certificate and an indelible mark on your airman record.

TFR Resources
How did we get here? In the last three years, TFRs have become a much bigger deal than ever before. Once relegated to major natural disasters, forest fires and the like, they seemingly have been seized upon by the U.S. Secret Service (USSS) and other federal agencies to keep our random, pesky little general aviation aircraft out of their hair. One can almost imagine a group of government spooks sitting around a conference table late one night in mid-September 2001, grilling some hapless FAA bureaucrat about the regulatory mechanisms available to his agency in restricting non-scheduled flights (What do you mean they dont have to file a flight plan!?). Anxious to get back to 800 Independence with all his major body parts still attached, our hero stammered out T-F-R, and a new page in U.S. civil aviation history was written.

Despite that fictional scenario, the FAA does deserve some credit for trying to soften the impact on general aviation operators. And, in private moments, the average FAAer will quietly admit the agency is not in the left seat on any of this and, if it had its way, things would be much different.

The FAA has established a dedicated Web site (http://tfr.faa.gov) from which users may not only obtain the text of all current TFR Notams but also view charts depicting them. Unfortunately, the charts are not of the best quality. The information on this Web site can be sorted by the en route ATC center in which the TFR is located, as well as by state or type (VIP, security, search and rescue, etc.).

Additionally, the agency has published a revised Advisory Circular (AC), AC91-63C, Temporary Flight Restrictions (TFRs/TFR), which was effective May 20, 2004. While it doesnt get into detail on the consequences of busting one, the AC does explain and define the different kinds of TFRs, the conditions under which the FAA may establish one, delineates which FAA offices are authorized to issue a TFR and lists the organizations from which the agency will accept requests to establish one. As such, the revised AC is a good resource for those wanting to learn more about these increasingly prevalent airspace designations.

How To Cope
So if we have agencies such as Transportation Security Administration (TSA), USSS, etc., deciding to make off-limits miles of airspace with absolutely no charting on our data cards or printed materials, how do we remain on good terms with them without straying into their temporary airspace?

The answer is to create a very well-defined fence showing where the bad temporary airspace ends and the remaining good airspace begins.

TFR Characteristics
Most Notams creating a Presidential (FAR 91.141) TFR include language defining the TFRs center point by its latitude/longitude and a VOR radial and distance. Further, these TFRs feature an inner and an outer ring. The inner ring has a 10 nm radius from the surface up to but not including FL180. Within this inner, 10-nm-radius ring, the airspace is basically of the dont bother asking category as far as operations under FARs 91 and 135 are concerned. The outer ring extends from the 10 nm radius out to 30 nm. Within this area, Part 91 and 135 operations are permitted as long as a flight plan is filed, a discrete transponder squawk is issued and the flight maintains two-way radio communications with ATC.

Anyone familiar with the Washington ADIZ (See the September 2004 issue of Aviation Safety) should have no trouble interpreting the features of this kind of Notam. However, this description really fits only the typical Presidential TFR. Once pilots get familiar with it, someone at the TSA or the USSS will decide this basic structure needs to be changed, just to keep us on our toes. Not that were cynical, or anything.

The bottom line is that you need to read and understand the Notams description of the TFR before you can avoid it. If thats too difficult or too much trouble for you, curl up with a good book and forget about flying while the TFR is in effect.

A Specific Example
On July 12, 2004, a Presidential TFR was established in the Knoxville, Tenn., area. Its basic description matches our earlier one, i.e., it had an inner and an outer ring, both which were centered on 35:56:57 N and 084:18:28 W.We want to steer clear of this TFR on a flight from KMOR (Morristown, Tenn.) to KRMG (Rome, Ga.) via HCH (Hinch Mountain VORTAC). The procedure used to enter this TFRs reference point (were calling it GWB, but you can call it anything you want) into a Garmin 430/530 as a user waypoint does involve some knob-twisting you may not have done before, but its relatively easy. The sidebar on the opposite page describes how to do it. Then, we create some other waypoints surrounding GWB. Using some combination of the surrounding waypoints in a flight plan displays a somewhat segmented circle that surrounds the TFRs reference point by 15 nm. That gives us a five-mile cushion, some of which well use, but well never scrape the inner circle.

Some would say that this is way too much work for something that is temprary. Maybe, but its your certificate on the line. Also, this same basic method can be used with GPS units from other manufacturers.

One final point: Since waypoints GWB01 through 08 are within the TFRs outer ring, you must file a flight plan, squawk a discrete transponder code and be talking to ATC while in this airspace. Otherwise, be sure to read “Surviving An Interception” in this month’s issue. Enjoy!

-Paul Sanchez (sanchezpaulk@aol.com) is a CFII-MEI who does insurance qualification courses and avionics training nationwide at his clients locations.