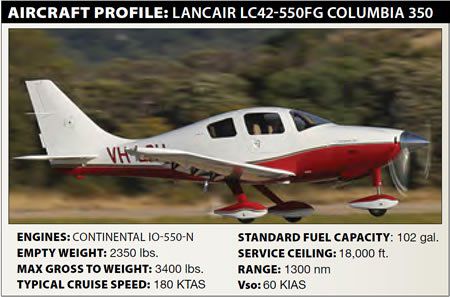 I dont recall if it was a checkride, or just a flight with a friendly instructor putting me through some maneuvers. At some portion during it, however, the right-seater asked me what the single engines oil pressure was reading. It must have been a frustrating ride for me, because I responded with something like, I guess its still in the green, because the engine hasnt quit, but Ive been so busy I havent had time to look. My response didnt go over well, but we both may have learned something from it.

For my part, I learned I needed to do a better job of monitoring the airplanes engine instruments-probably along with some other stuff-regardless of what else was going on in the cockpit. Its tough, sometimes, to have the bandwidth to work the engine instruments into our instrument panel scans. During high-workload situations-takeoffs and departures, for example, approaches or even simple pattern work-its entirely possible the first sign of an engine problem well notice is the stopped prop in front of our faces.

Of course, most of us wouldnt be too worried about an engine that had just passed its run-up and a full-power takeoff with flying colors. Shortly after leveling off at 5000 feet for the short hop to a nearby airport is one of the few places we expect an engine to quit. But thats exactly what happened in this months accident.

Background
On March 31, 2013, at 1250 Eastern time, a Lancair LC42-550FG Columbia 350 was destroyed when it collided with trees and terrain near the Smith Reynolds Airport (KINT), Winston-Salem, N.C., during a forced landing after a loss of engine power. The commercial pilot and pilot-rated passenger were fatally injured. Instrument conditions prevailed, and an IFR flight plan was in effect originating from Wilkes County Airport (KUKF), North Wilkesboro, N.C., at 1230, and was destined for Warren Field Airport (KOCW), Washington, N.C.

The Columbia 350 departed KUKF at 1230, and climbed to 5000 feet msl. At 12:46.34, the pilot declared an emergency and reported low fuel pressure-engines quitting. The controller vectored the airplane toward KINT. In the descent, the pilot reported smoke in the cockpit and subsequently reported the engine was barely producing power. At last report, the airplane was about six miles from KINT, and no further transmissions were received from the pilot.

Investigation
The accident site was on flat, wooded terrain in a residential area approximately three miles west of KINT. All major components of the airplane were accounted for at the scene. The wreckage path was oriented approximately 078 degrees magnetic and about 400 feet in length. The initial impact point was in a tree top; about 50 feet above the ground, and fragments of the airplane were distributed along the wreckage path. Control continuity could not be determined due to significant fire damage, but examined flight control system components exhibited fractures consistent with overload failure.

The engine remained mounted to the airframe, and each of the three propeller blades exhibited aft bending and spanwise scratching, indicating rotation but little power. The engine crankcase exhibited significant thermal damage and was breached above the Nos. 4, 5 and 6 cylinders. The Nos. 1 and 2 connecting rod assemblies were intact, but displayed thermal discoloration. The Nos. 3, 4, 5 and 6 connecting rods were separated from the crankshaft. The No. 6 connecting rod was not recovered.

The airplane was equipped with Avidyne multi-function display (MFD) and primary flight display (PFD), as well as analog engine instruments on the left side of the instrument panel, with analog back-up flight instruments between the PFD and MFD in the center. Depending on how it was optioned and configured, the MFD was capable of displaying comprehensive engine monitoring and performance data.

The data showed the airplane departed UKF around 12:30:00. About 12:38:40, during the initial climb, oil pressure began a steady decline. About 12:40:00, while the airplane leveled at around 5000 feet, a decline in fuel flow and simultaneous increase in exhaust gas temperature (EGT), consistent with leaning of the fuel mixture for cruise flight, was noted. At 12:40:12, engine oil pressure dropped below 30 psi, and out of the normal operating range of 30-60 psi. At 12:42:28, oil pressure dropped below the minimum value of 10 psi, and at 12:46:00, EGTs and engine rpm dropped to zero.

The reason for the loss of engine oil pressure could not be determined due to post-crash fire damage. At 1254, weather reported at KINT, four miles east of the accident site, included an overcast ceiling at 800 feet, visibility seven miles, temperature 13 degrees C and dew point of 11 degrees C. Winds were from 240 degrees at seven knots.

Probable Cause
The NTSB determined the probable cause(s) of this accident to include: The pilots failure to detect multiple indications and cues in the cockpit of the steady loss of engine oil pressure, which resulted in a catastrophic engine failure over terrain unsuitable for landing. Also causal was the loss of internal engine lubrication for reasons that could not be determined during post-accident examinations due to post-crash fire damage.

Its telling that the pilots first report of trouble to ATC mentioned low fuel pressure: neither pilot aboard apparently noticed the low oil pressure, which is why the engine failed; the reduced fuel system pressure was a symptom, not a cause. According to the NTSB, the pilot had ample warning of low oil pressure from two panel-mounted instruments. She had all she needed, except the bandwidth to process it all.