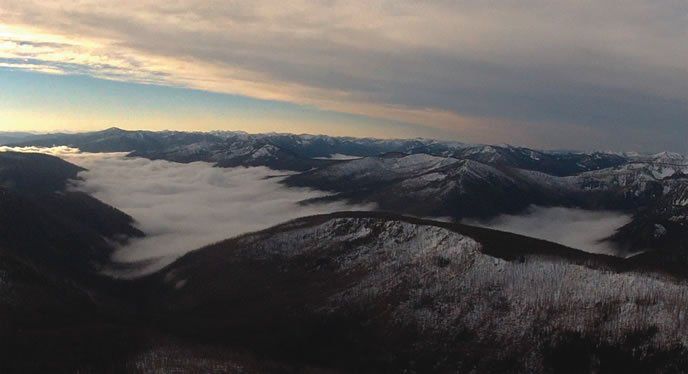 On a recent trip to Richland, Wash. (KRLD), my destination was forecast to have ceilings at 900 feet at the time of my arrival. That is doable IFR for me if there is no ice. During my TAF trend analysis, I saw that both Moses Lake, Wash. (KMWH), and Pendleton, Ore. (KPDT), had TAFs predicting VFR conditions, making them legal IFR alternates. I chose Pendleton because it was more convenient.

The day before departing, the TAF trend for KPDT was in the wrong direction. First it was clear, then it was clear with a 200-foot scattered layer, and finally it included a note about fog in the vicinity. The TAF trend for KMWH, on the other hand, was always predicted to remain clear with no changes. I experienced clear skies until crossing Hells Canyon; ahead, I could see the inversions deck.

Thirty minutes from my destination, localized fog near KPDT moved over the airport, producing a 200-foot ceiling with less than -mile visibility-one of my alternates had just gone down hard. My destination airport had gone from a 900-foot ceiling to 600 feet, while KMWH was still in the clear. It now was my best backup; I still had fuel to get there with healthy reserves.

This experience taught me two things. First, an IFR alternate that is forecast to be VFR can become less than worthless while en route. But I saw it coming by paying attention to some weather forensics, which allowed me to have a Plan B before starting my approach. Second, I learned that foggy winter days in eastern Washington and Oregon can turn a VFR airport IFR very quickly. In that valley suffering from an inversion, a downward trend is worth my attention.