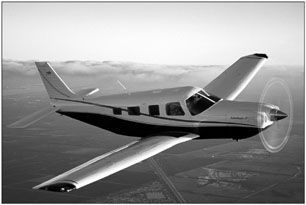 Its always interesting that those of us who have earned at least a Private pilot certificate, had to endure a minimum number of training hours and completed at least one practical test with an examiner think our performance should be adequate for any airspace, any airport, any rated aircraft and any avionics at any time.

Unfortunately, it just aint so, and GA pilots continue to find new and imaginative ways to demonstrate that were not always ready for the challenge of a new operating environment. While we might legally be able to fly our Traumahawk into OHare during the Friday evening push, we wont endear ourselves to anyone. And, just because we have the ratings, the equipment, the recent minimum experience and the need doesnt mean were qualified to go smoking into Big City International any time we want.

Destination: Detroit
For example, lets look at Joe (the names have been changed to protect the innocent…), who has a Private certificate with an Instrument rating. He flies out of a non-towered field and did a flight review 23 months ago in a modestly equipped Warrior. Joe manages to get at least three daytime touch and goes every 90 days or so. Night requirements we wont get into. In a nutshell, Joe fulfills all FAR 61 requirements to act as pilot-in-command of a daytime flight with passengers on an IFR clearance.

Joe wants to attend an event in Detroit, located in the convention center right next to Detroit Metropolitan Wayne County Airport (DTW), so he decides to fly there. Joes good buddy/safety pilot offers to lend him his Saratoga, newly equipped with two Garmin color moving map GPS navigators and an S-Tec flight director/autopilot. The direct distance from their home airport near Zanesville, Ohio, to DTW is a mere 147.2 nm-piece o cake. Since he has not gotten an IFR clearance in the last 10 years, hell plan to do this trip VFR.So much for Joes flight planning.

Late the following afternoon, Joe takes off. A push of the Direct button shows DTW 147.2 nm to the north-northwest. Joe starts to settle down a bit and notices the aircraft has an autopilot; he had never flown with one before, and decides to try it. The Saratoga makes an immediate hard-right turn before Joe can find the autopilot disconnect switch. He makes a mental note to set the bug first before engaging heading mode on the autopilot.

After reaching 10,500 feet, Joe presses the autopilots altitude-hold button and congratulates himself on job well-done; it wont be long before he will be on the ground at DTW. He makes minor course corrections with the heading bug, since the autopilot is not staying on the course line.

Commanding Weather
Now, with only 117 miles to go, Joe notices that he cant see the ground below him. At the moment, the Toga is in VMC, but not being able to see the ground unnerves him. With much regret, Joe does something he has not done in 10 years: consider filing an IFR flight plan.

He scrounges around in the map pockets and finds a long-expired low-altitude en route chart. Comparing the moving map to see where he is on the chart, he then looks for the nearest Center frequency. Joe calls up Cleveland Center, uses the moving map to give his position from the nearest VOR, and asks for an IFR clearance into DTW. Cleveland Center issues him a squawk code, and because Joe sounded intelligent on his request, gives him the IFR clearance to DTW after a minimal number of questions.

Baptism By Rapid Fire
Since it finally dawns on him that he probably wont get a direct routing to DTW, Joe starts to enter a flight plan into the GPS. Before he can finish, Cleveland Center gives him another communications frequency to use. This time he remembers to write down the new numbers before switching radios, but forgets to turn the switch on the audio panel. His check-in produces the usual admonishment from the same controller who issued the frequency change.

Changing the selected communications radio to the one with the correct frequency puts Joe in touch with the desired sector. These guys talk awfully fast on the radio, Joe thinks to himself; the 10 landings he did at a towered airport many years ago were not at all like this.

Joe can handle, barely, changes to the Saratogas speed and altitude but he cant keep up with the rapid-fire communication/navigation instructions he keeps getting from Detroit Approach. He listens to the ATIS and learns DTW is advertising a 600-foot ceiling with two miles of visibility. This makes Joe feel like he is the guest participant at a Roman Coliseum, with the lions on the opposing team.

Plan? What Plan?
Because he had trouble figuring out the autopilots altitude and vertical speed pre-select functions-you have to tell it the desired altitude and rate of descent-Joe is still in a descent to 8000 feet with the power pulled back to 18 inches when he is told to continue to 6000 feet. The controller also requests that the Saratoga maintain at least 150 knots, and to change frequencies. Joe checks in with the new sector as the autopilot levels off at 6000.

The controller asks the Saratogas indicated airspeed. Suddenly remembering his direction to maintain at least 150 KIAS, Joe realizes the airspeed needle is pointing accusedly at 115 KIAS. He fudges his response, 125 knots. Detroit Approach rightly berates him for not doing the requested 150 knots or better.

Now Joe is not very sure about the outcome of this flight at all. How is he going to do the ILS to Runway 21L at 150 KIAS when the last 50 home airport approaches he did in the Warrior were at 90 KIAS? Joe would like to cancel the IFR and go to the other Detroit airport but he is already in the clouds at 6000 feet.

Since DTWs Runway 21L is 10,001 feet long, Joe figures he might be able to use all that pavement to dissipate the excess airspeed from the 150 knots requested to the 78 KIAS he remembers as the Saratogas recommended airspeed on final aproach. He keeps his fingers crossed.

Soon, Joe is given a vector to the localizers final approach course at 5000 feet. The mental sweat is accumulating but since Joe had already loaded the approach, he figures he can handle this. Now his bigger worries are his landing gear extension speed limitation of 132 KIAS and how to stay on the glideslope at that speed. Using flaps is out of the question, since the maximum speed for flap extension is 110 KIAS and hell be well above that.

Final Approach
Running through the pre-landing checklist printed on the instrument panel, Joe ensures the landing gear is down with three green lights. His airspeed has dissipated to 110 KIAS so he can lower 10 degrees of flaps. Hes now on a one-mile final but Detroit tower tells Joe to maintain no less than 110 KIAS until the runway threshold for the Boeing traffic sneaking up behind him.There are just 60 more seconds left in this nightmare and Joe promises to himself hell never be so woefully unprepared again.

The Saratoga floats a few thousand feet down Runway 21L as Joe reduces the power to idle, adds full flaps and slowly bleeds off all that energy with surprisingly few pitch excursions. Finally, the airplane quits flying-dropping a couple of feet to the pavement-it was a firm arrival, but a landing is a landing, and all of the airplanes big parts are still attached.

Joe makes a quick left turn off the runway, switches to the ground control frequency when advised, and the controller asks him which FBO he wants. Never having been to an airport with more than one FBO, Joe cant come up with an answer. He wonders if he can rent a car to drive back home. Eventually, he shuts down the Saratoga, cuts the master switch and slinks into the FBO, hoping no one was monitoring any ATC frequencies.

What Did Joe Do Wrong?
The quick answer is everything, starting with Joes decision to fly into the heart of Class B airspace without ever having done so before. Like a typical accident chain-even though this fictional tale did not result in an accident-this was the first link.

A second link was his failure to obtain and understand a thorough pre-flight briefing. Had he better understood the weather and the need to obtain an IFR clearance, he could have been better prepared with the appropriate charts and a more-detailed plan.

A third thing Joe did wrong was to attempt this flight in an unfamiliar airplane. Not only was Joe not accustomed to the Saratoga and its equipment, he was behind the airplane all the time. His unfamiliarity with the navigation, communication and autopilot systems led to course deviations and a failure to follow his descent and turn clearances.

A corollary to his lack of experience in the Saratoga was his inability to make maximum use of its capabilities and performance. In the smooth air Joe encountered in the descent, there was no good reason to reduce the Saratogas power so much. Slowing down in the descent is not what the controllers expected and-in the end-just prolonged Joes agony. As long as the air is smooth and the airspeed is not in the yellow arc, theres no good reason to reduce power, especially in a busy terminal area, until well-established on final.

Not having the correct-and current-charts readily available in the cockpit is another issue. Even though Joe hadnt planned to file and fly IFR, sometimes plans can change. If hed checked weather before takeoff, he would have known better. Going ahead and planning to do the whole flight IFR, even if the weather is CAVU, would have been the smart play.

Conclusion
As this fictional tale demonstrates by combining a lot of the little mistakes weve all made into one flight, being legally qualified for a planned flight is not the same as being prepared for it. While we often measure the success of a flight by whether or not the airplane can be used again, the real measure of our abilities as pilots is in planning, execution and professionalism. By these measures, Joes flight was a disaster.